I can't believe that I am saying these words but, joining a crime syndicate has never been easier. That is if you decide to play Heist by Betsoft which makes you part of a high-tech, high-octane bank heist that can yield diamonds and bags of cash.

The premise isn't that unique as I've seen few decent games in this genre (my fave is NetEnt's Cash Noire) but I don't remember any of those succeeding in matching Betsoft's highly-animated graphic design.

In addition to the exciting gameplay, by way of animated cut scenes, Heist comes with a paytable structure that's markedly better compared to their other slot games from the early 2010s.

This reel adventure takes place across 30 paylines, but you can select to play on fewer if you think that'd be a good idea. I played Heist with all 30 on because there are too many bonus symbols that can land outside the active paylines.

My overall impression from Heist is positive, except for one detail that I am going to save for the last.

The title says it all. The game is about a heist and all of the symbols piece together a highly-entertaining puzzle. You'll see wads of banknotes, the breaking of passcodes, the pumping of a 12-gauge shotgun, and a symbol of the operation's brain - the criminal antihero.

My favourite detail about the game is not the symbols but the controls board that's underneath the reel set. All of the gameplay buttons are there in the form of keypads and knobs of an electronic panel. In the left corner, there is a display for your balance, the bet amount and the coin value.

Everything about the graphic design is perfect, but sadly I can't say the same about the sound. The whirring sound of the reels doesn't allow the soundtrack to come to prominence, and speaking of it, Betsoft could have selected a funky 2000s tune instead of a 1980s detective’s b-movie track.

Nevertheless, Heist has an excellent design that I believe most slot players are going to enjoy.

As I said, there are four features and that makes for engaging gameplay and some surprising instant wins.

This is a simple extra that can award you a neat prize of 150x, 300x or 750x your payline bet for three, four or five of the power drill symbols. Since these are scattered symbols, they can trigger a reward regardless of the payline constraint.

This is a pick-me game that can award a sweet instant win, a free spin bonus or it can trigger the main bonus feature. The get either one of these outcomes you need to land three glass cutter symbols on an active payline.

Yes, this bonus is a little bit more elusive, along with the main bonus, but it comes with two extra perks: all wins are paid double and you get to play on all 30 paylines even if you were playing on fewer at the triggering of the bonus.

There is a symbol that depicts a C4 explosive device, of which you only need one in the middle position of the middle reel in order to turn that reel into a 2x wild multiplier. As it goes, the winning outcome thereof is paid double and there is a possibility to get a respin with the wild reel intact.

This is the main bonus that gives the game its title and brings out the best animation in addition to the intro movie. You can trigger the bonus with three vault symbols on an active payline. The game takes you to another setting where you get to choose your method of breaking the vault and sweeping the loot before the police attempt a bust.

I played Heist often enough to experience all of the bonus features and I can say that the gameplay gets a nice jolt every time you land one. The wild multiplier reel is a nice touch but its scope is limited. On the other hand, the free spins bonus and the vault heist can turn up decent prizes. I’ve collected around 1300 credits from the latter one time and few smaller prizes that were still decent enough.

Slot players who are familiar with Betsoft games from this era should know the drill. 30 maximum paylines can take payline bets that start at 1p. In this regard, Heist gives you a nice range of bets.

The payouts look quite decent on the paytable but as you can expect, winning outcomes for five of a kind are a rare sighting. On the other hand, the mathematical model is keen on laying down two and three matching symbols on a payline.

The two highest-paying symbols (the bank robbers) can pay for two of a kind, but the amounts are loose change - only 2x and 5x your payline bet.

Heist can be exciting as all of the necessary elements are part of the game. The thing that is missing for me is a higher RTP because Hest can only go as high as 93.8%. Also, I would have preferred the game to have high variance instead of medium. That would have made big wins possible in the bonus features and five of a kind payouts. I’ve enjoyed playing the game a few times and I’ll leave it at that because there are few quite exciting games in the ‘bank heist’ theme, like Cash Noire and its shifting payout zones.

Browse casinos with Heist and other slots from Betsoft. Create an account and try the game for free before making a deposit.

You can play Heist in English, Finnish, Swedish, German and 21 other languages. 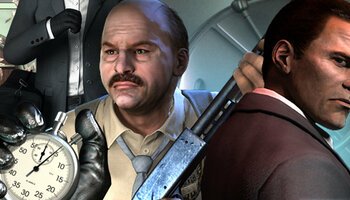