Hot Blizzard is a typical fruit-themed slot that isn't keen on putting up a visual marvel for the player. I tried the game and got about the same level of excitement as when peeling an orange. The game's fact-sheet on the other hand, spells out a payout potential of 10,000x your bet and this is one of two details that had me wanting to see whether the random number generator will treat me to at least a quarter of that whole.

Out of the few classical Tom Horn games that I've played, Hot Blizzard is the only one that comes with a 3x5 layout and a maximum payout of that magnitude. Landing even 5,000x your bet is a huge deal and one that doesn't come around ever so often, so I played for a chance to win the extra feature, which does start you off in an enhanced set of circumstances.

This is definitely a plus for players who don't mind the all too familiar look and feel of a generic fruit machine, however, the five paylines make Hot Blizzard seem more like a cooled-off lizard indeed.

I found it impossible to connect with the game. I might have been on it for no more than 100 spins but that felt like two hours measured in terms of time. The culprit is the lack of animation. You land a winning outcome and there is nothing happening on the reels to let you know that you've won, except for the amount that flashes in the "Win €" window.

As I suggested above, Hot Blizzard isn't without anything and in that regard, the game plays like any modern video slot. The blue seven symbol that is labelled as 'Joker' is wild and substitutes for all except for the bonus symbol, which is represented by a golden star.

One thing that I like about classic fruit slots is the paytable. Games with a modern take on the genre and multiple extra features tend to balance out the frills with lower values on the paytable. This isn't usually the case with classical slots and Hot Blizzard is an adequate example.

Only two cherry symbols can return the bet, while three, four or five on a payline can pay between 2x and 20x your bet. The two remaining low-paying symbols (lemon and orange) pay the exact same values for the order of matching symbols from above.

The picture looks a lot more impressive when plums and grapes are in view. Three, four or five symbols can pay 5x, 10x and 50x your bet. I'd noticed that these symbols aren't statistically shy from appearing on the reel set regularly. The watermelon is the symbol that can warm-up the stage for the topmost symbol on the paytable, as it pays 10x, 20x and 100x your bet.

I had won 20x my bet in return for three matching hot red sevens several times. Sadly, I didn't get four of a kind and the 200x your bet that's associated with that outcome. The jackpot prize of Hot Blizzard comes by way of five sevens on a payline. The result is 1000x and that's quite a neat amount for an instant payout and especially if you get a 3x multiplier on it during the bonus.

There is nothing that can make the game stand apart from the plethora of online fruit slots. They say looks can be deceiving so don't let the faux fruits put you off from trying out the medium volatility math model. RTP is also decent, very close to the average, at 95.80% and the bonus feature is what had me stay with the game for almost 100 spins.

Besides the poor graphics, the only thing that I didn’t like about the game is the fact it only has five paylines. This causes the winning outcomes to be thinned around further apart from one another so there ought to be waiting involved between a small win and a big win.

Browse casinos with Hot Blizzard and other slots from Tom Horn Gaming. Create an account and try the game for free before making a deposit.

You can play Hot Blizzard in English, Finnish, Swedish, German and 22 other languages. 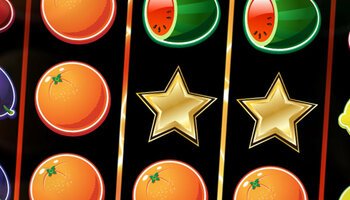