Hot Spin Deluxe is set to bring back some of the former glory of classic slots with this colourful rendition. Players will be greeted by big bright symbols that are based on the original ones, while the game offers a big wheel with features such as colossal symbols and random wilds.

Released in 2019, this iSoftbet slot is actually quite new even though it tries to emulate the older classic slots. The symbols are big, given the 5-reel, 3-row playing field but that gives little room for any background. Not that it matters much, since the game doesn’t even pretend to be based on any special setting. This is simply a slot that you might have found in a casino or gambling hall back in the day.

The slot features a total of 20 bet lines, which is pretty average, but what really spices it up is the bonus wheel. Obviously, I’ll cover that in more detail later but suffice it to say the wheel is always present and slowly spinning, giving players a taste of what is possible. The look of the game is flashy and stylish without doing anything too original. No low-polygon or artistic renditions of Sevens and Lemons, but simple images of these popular symbols.

To add to the atmosphere the game also comes with some music. There is a pop song playing in the background as the reels spin, which is inoffensive and blends together well with the various sound effects. Meanwhile, this standard collection of effects emphasises any wins that might be triggered.

Hot Spin Deluxe doesn’t do a lot to shake up the standard symbols but that doesn’t mean it looks bad. The symbols are updated to look modern, although they did get a little blocky on a larger desktop monitor. There aren’t any real animations to speak of, only lighting up the tiles that are part of a win.

Players will have to deal with the slot’s High Volatility as the payouts for regular wins are rather low and the game leans heavily on the different features being activated. Getting a bigger win was rare for me, but when it happened they would often be quite big. My funds started off quite stable but eventually began to drop and never really recovered.

To get a handle on this, players have the possibility of choosing their bet between £0.20 and £20 per spin. Players that have the good fortune to hit the jackpot might walk away with a max. win of 8,000x your bet, which is quite a lot higher than the average maximum win offered by similar slots. Still, this seemed to be an unlikely goal and players should not aim for this exclusively.

The symbols in the game are standard, but they do come in an interesting order from highest to lowest payout:

Hot Spin Deluxe includes a base game and a bonus wheel. The base game only includes the following features:

During the base game, the only real purpose the player has is to get the Bonus Wheel to activate. In my experience, it didn’t happen often but it happened quite regularly. Do expect to have to play this game for quite some time before seeing it trigger though. Keeping an eye on your funds until it does is an important part of the base game.

Once the Wheel is triggered, it has the following features:

Whenever the wheel is activated and a feature is selected, the game will grant up to 15 free spins that make use of this feature. It is also randomly possible for a single feature from the wheel to activate for one spin without requiring 3 Bonus symbols on the screen.

These features all have varying degrees of success, with some being clearly more helpful than others. It’s unfortunately impossible to pick which feature will be activated, so it is often just a matter of playing for long enough to see it get triggered.

Hot Spin Deluxe is a fun slot that looks back at the history of the classic video slot and attempts to bring some of that appeal to the modern age. The game doesn’t do a lot of special things when it comes to the graphics or the sound but that doesn’t mean the game isn’t nice to look at and listen to.

The real power of the slot is hidden in the bonus wheel, which is admittedly quite hard to activate. I did like that the wheel can also randomly activate during a random spin, giving players the ability to see what is featured on the wheel if only for one spin. Once the Bonus Wheel is activated properly, the features are likely to grant any player a bigger win.

It is important to keep an eye on your funds as it will take quite a while for this feature to activate. Betting too high will likely cause you to run out of coins before this part of the slot is enabled. If you are a player that enjoys a classic slot or you want to try out the many features, I think this game will likely offer what you’re looking for.

Browse casinos with Hot Spin Deluxe and other slots from iSoftbet. Create an account and try the game for free before making a deposit.

You can play Hot Spin Deluxe in English, Finnish, Swedish, German and 23 other languages. 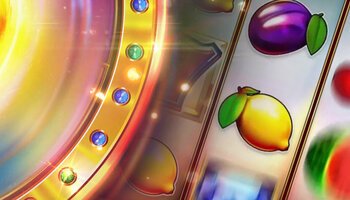