Play House of Doom 2: The Crypt

House of Doom 2: The Crypt is the sequel to the critically acclaimed House of Doom, developed by Play ‘n GO. This slot once again features strange, gothic graphics alongside re-spins, free spins and stacked wilds to keep the player engaged.

The slot was released in 2021 and makes use of some great tricks when it comes to its look and feel. Instead of using standard art, it mostly uses photos as a backdrop for linework, creating something that seems like ultrarealistic cell-shading. I thought it was an interesting way to create the rather dark and unsettling mood that fits the slot. The 5-reel, 3-row playing field further holds a series of appropriate symbols for the high-paying wins.

When it comes to animations, the game does not spend quite as much time on it. The winning symbols light up slightly and the win is shown across the 20 paylines that the game comes with. In the background, we can see a fireplace with a crackling fire and the game is framed by some creepy looking gargoyles. Activating the free spins mode will bring us down into the titular crypt.

As the slot is based on a song by the Swedish band Candlemass, the game does feature music and appearances by the band. Triggering the free spins mode shows a quick clip of them merging together, while the stacked symbols can be of one of the members. The music playing during the game is called doom metal so be prepared to lower the volume or start headbanging when you load up the slot.

House of Doom 2: The Crypt still uses the usual divide between high- and low-paying symbols. The low-paying symbols are card letters drawn in a gothic font but are unremarkable besides that. The high-paying symbols consist of different characters and some dark images like skulls and chandeliers. They do help in setting the mood for this dark game.

The game has a large number of symbols, especially considering how the Wilds come in 4 different types. However, the Wilds can become stacked which make it easier to get a win. As a result, the slot has lower payouts for wins but still has High Volatility. A rather uncommon combination but it makes sense when playing the game.

House of Doom 2: The Crypt has a reasonable number of features but many of them combine in some way. I found the features to be frequent enough to really make an impact on the gameplay, helping to create wins without having any very big ones.

During the base game, the Wilds are rather frequent but their effectiveness is questionable. The best thing to happen is to have a Wild appear on a reel with a spirit gate as that will turn the Wild into a Stacked Wild and trigger a re-spin.

In my experience, this is rather rare during the base game but the free spins mode makes it very likely for it to trigger multiple times. As a result, I found the free spins mode to be responsible for the majority of my wins. Even though the volatility is quite high the wins stay rather low in comparison. This is balanced out by the free spins mode being activated frequently.

House of Doom 2: The Crypt is an enjoyable sequel to the original game for players that liked the first slot. If you’re unfamiliar with either the original slot or the metal band, this might be a good introduction to both. Players who don’t like loud metal music should be prepared to turn the volume down or use the mute button since it is a prominent part of the game.

The game’s high volatility might be an issue for some players but as usual, the slot allows them to pick the bet they’re most comfortable with. Players can choose a bet between £0.20 and £100 per spin. As an incentive to keep playing, the game offers a max. win of 6,000x your bet. Considering the volatility, that’s a bit above the average.

I liked this slot, especially in the way it handled the graphics. The game isn’t especially scary but it also doesn’t try to be, instead of seeking to evoke a darkly gothic mood. The features might be somewhat overwhelming at first but I think the game did a good job pacing them out.

Play House of Doom 2: The Crypt for free

Browse casinos with House of Doom 2: The Crypt and other slots from Play'n GO. Create an account and try the game for free before making a deposit.

You can play House of Doom 2: The Crypt in English, Finnish, Swedish, German and 30 other languages. 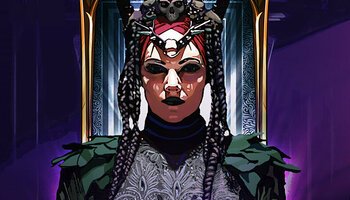