Imperial Palace is the latest Chinese-themed slot game from Red Tiger Gaming. Built over five reels and 20 paylines, it comes with a myriad of features, including stacked wilds and free spins galore.

The theme of the slot game itself is not original. There have been many other software providers who have gone down this route, including Net Entertainment as well as Quickspin. When I sat down to play this game, my first thought was, “What makes this game stand out from the crowd?”

Similar to other slots including Sakura Fortune, the reels are flanked by cherry blossom trees and pillars. You can also find regular playing card values daubed calligraphy style as well as mystical birds, flowers, a Ming Pot, a guzheng (musical instrument) and the entrance to the Imperial Palace itself.

Accompanying you on your journey, there is a sweet Asian-themed tune that belts out once you hit the ‘Spin’ button. It adds an element of mystery and ambience to an otherwise tranquil game.

This video slot was evidently created for players who are looking for a quick entry to the online gambling market. It comes with the bare minimum but still comes packed with basic features and a stunningly graphic atmosphere to make for exciting gameplay.

Red Tiger fans will be familiar with the simple rules that are in place. The game comes with 20 fixed paylines where various symbol combinations trigger various cash rewards.

The paytable features a perfect mix of both old and new, such as classic reel symbols as well as unique icons.

As usual, card icons are yet again featured in Imperial Palace. These calligraphy-styled symbols are the lowest paying icons in the game.

On the other hand, the vase, harp, flower, phoenix statue and temple symbols can reward you with a maximum reward of 138 credits.

The number 8 symbol is known to bestow good fortune in Chinese folklore. This might heavily explain why the cash prizes for this symbol vary.

However, if you are looking to hit bigger and better wins, you might want to visit the Imperial Palace itself to access some truly unique features.

Imperial Palace follows its usual winning formula – The design is outstanding and pays attention to detail, and the gameplay is packed with on-screen action.

That being said, the number of features here is unfortunately limited. The free spins feature was incredibly challenging to trigger. I did succeed in triggering it once, which lead to a humongous win running into the hundreds but not before depleting my bankroll considerably first.

Although it might or might not be worth the wait, the multipliers and the wilds during the free spins make for exciting gameplay. However, it stops there.

Imperial Palace fails to come across as innovative, and although it comes with quality design and some action, you could find yourself spinning the reels countless of times before hitting a win.

It’s not for the faint of heart or for players who are looking for a low volatile slot game alas. If you want a game that keeps you pinned to your seat with thrills aplenty, perhaps you could try a game a little more animated such as Koi Princess.

Browse casinos with Imperial Palace and other slots from Red Tiger. Create an account and try the game for free before making a deposit.

You can play Imperial Palace in English, Finnish, Swedish, German and 18 other languages. 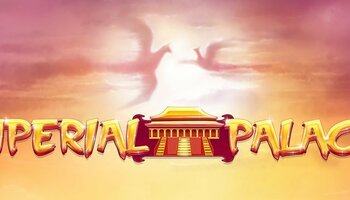