Imperial Riches transports us into the Asian heartland where we find ourselves steeped in riches as we try to win one or more of the 5 jackpots in the game!

Set in Asia, Imperial Riches shows us a beautiful landscape with gazebos, paper lanterns and a koi pond. Developed by NetEnt and released in 2019 it gives a clear indication where this game is set, which helps in setting the mood.

The game has a standard 5-reel, 3-row playing field with 15 paylines, making it a very basic standard slot at its core. The gameplay should not be a surprise to anyone. However, it does have several different features that change things up a bit.

I thought the graphics were good but not great, with many of the symbols simply being static. They were sharp and easily distinguishable, however, but knowing NetEnt we know they can do better! The background is a little better with some subtle animations.

The sound is about what you’d expect from a game like this with a soft and slow oriental sound. Wins are amplified by a light-hearted jingle but other than that the sound stays very much in the background.

This setting is obviously very popular as the theme for a slot. That’s why the game reminded me of titles such as Hanzo’s Dojo by Yggdrasil, Sakura Dragon by Playson and Dragon’s Luck by Red Tiger Gaming.

The game has a standard division of symbols, with the high-paying symbols custom made for the theme and the low-paying symbols being high cards. The design of all of them is rather simple and I wasn’t super impressed by their originality either. They are distinct, which helps in seeing if you’re close to a win.

The game doesn’t have that many symbols, fitting the Low Volatility that the game is listed as. I found it to have frequent wins due also in part because of the features it adds.

The game comes with a nice collection of features that I felt didn’t overwhelm but were enough to change up the experience. First, a quick list:

Many of these features are sequential, meaning you need to trigger the free spins mode before getting to the Lucky Pond Bonus Game, and winning this bonus game before activating the jackpot bonus game. I found it to be a good way to pace out the different features.

I should mention that as long as you get at least 1 winning payline during the free spins mode, you will activate the Lucky Pond Bonus Game. Getting the jackpot bonus game was a little harder although I also managed to that a few times.

For every win during the free spins mode, I got gems for every symbol in the win. So when I would get a three-of-a-kind win I would get 3 gems and so on. This would be cumulative, meaning I would often end up with 30+ gems over 10 spins.

Once that happens, we’re given the view of another pond with a total of 6 koi. One is a Coin Fish, the other 5 each represent a different jackpot. Again, we want 1 of these Jackpot Fishes to eat 3 crystals in order for that jackpot to be awarded. You always get 50 gems that are dropped into the water randomly and a tracker at the top showing how many crystals each fish has eaten.

There are 5 jackpots, 2 are set at £100 and £500, the others are progressive. There really is no way to manipulate the outcome, you just watch the gems fall into the water!

I found the overall number of features and the way they flowed over into each other to work pretty well. I did expect the cascading reels to have more of an impact to the gameplay but they didn’t, it’s just something they did while I played the base game!

Imperial Riches is a competent slot which fits comfortably in the average-NetEnt-slot category. It has okay graphics without being too impressive and has a good collection of features. I found these to work well together without being too overbearing, appearing in order so they’re not overwhelming. At the same time, the features can be lucrative on their own.

The game lets the player place bets between £0.15 and £75 per spin, but the real appeal is obviously the 5 jackpots players have a shot at winning! These can range from as little as £100 to a maximum win of 125,000x your bet! Obviously this won’t happen to anyone but with the number of times, I hit the Jackpot Bonus Game it’s very plausible someone who reads this review might be the one to profit from it.

Players who are looking for a classic slot with some modern features will do well to check out Imperial Riches. I found the Low Volatility to keep things interesting and the different bonus games triggered often enough to feel like an intricate part of the game.

Browse casinos with Imperial Riches and other slots from NetEnt. Create an account and try the game for free before making a deposit.

You can play Imperial Riches in English, Finnish, Swedish, German and 20 other languages. 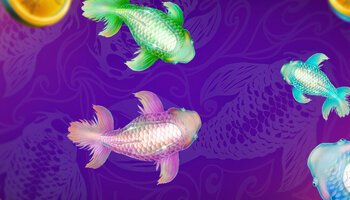