Incinerator answers the burning question of how lucrative it is to work an incinerator on a trash planet. Pretty lucrative, as it turns out!

This slot was released in 2016 and developed by Yggdrasil, showing off their trademark ability to think out of the box. The game takes place on a far-away colony used as a trash planet where you are surrounded by compressors and, you guessed it, incinerators. I have to give them points for creativity alone!

The game plays on a 5-reel, 3-row field with 20 paylines. When I first started up the game I was shown a short cinematic intro, giving me a clear view of the trash planet before descending all the way down into the dungeons where the incinerator was waiting for me.

The graphics still look great as I’ve come to expect from Yggdrasil. All the symbols are custom-made to fit the setting and the background also fits the idea of a working incinerator. The game makes quite a lot of use of simple animations, from the symbols literally exploding to the incinerator switching on and fire sweeping across the playing field.

I liked the way the game sounded even though I couldn’t really tell how it connected to the general setting. It features a sort of rapid electronic beat that plays in the background until I got a win. As I got more wins and the incinerator activated it would reach a crescendo before dropping back into the distance.

All in all, the game wastes no time getting me in the right frame of time and makes it quick and easy to get started. The symbols are unique but simple and distinctive enough to tell apart. Meanwhile, the sound urges a quick pace.

In the context of the slot, we’re operating the incinerator and dropping items through it to destroy. Since it takes place in the far future, this means the symbols are mostly futuristic-looking components of some kind.

I thought the different symbols fit the setting well, even though we don’t know what they are supposed to represent. I can believe it’s what trash in the far future will look like, being sent through the incinerator!

Incinerator is a very hands-off game. It really only requires the player to spin the reels. It’s also possible to use the Quick Spin option which leaves the player to do nothing but watch the game play itself. Some players might not like that but I thought it was quite relaxing.

The game has several interesting features that in my opinion work well together:

The way this game plays out is simple. The reels spin as normal. When they create a winning payline the game stops and the winning symbols explode, making room for new symbols. If this creates more winning paylines, the process repeats. If you get 3 wins in a row this way, without spinning again, the incinerator activates.

Every spin a random selection of spaces on the playing field are chosen to spawn Wilds. When you get 3 wins in a row, Wilds spawn on those spaces. The counter resets and any new wins will start the count to 3 again. If you manage to get another 3 wins without a new spin, the incinerator activates again, et cetera.

Even though the game boasts a Low Volatility with a max. win of 300x your bet, I felt like the rewards got pretty high. The low number of different symbols plus the Wild means it was fairly frequent I’d get a winning payline and the Avalance Re-Spins would usually result in at least 1 more win. The bets can go from £0.20 to £200 per spin so it is possible to alter the amount it’s possible to win that way.

Incinerator is a simple but very sturdy slot that burns time as well as symbols. Because there is little player interaction required it means that you could put the game on in the background, but I had more fun watching it spin!

The looks are simple but effective and hide the slot’s age well. The soundtrack was upbeat and entertaining even though it didn’t necessarily fit the tone perfectly. I still had my hand tapping with the rhythm as I played.

When I played Incinerator years ago for the first time it left an impression because of the high tempo playstyle. Even when low volatility slots aren’t my preference I’ve seen some big wins come by on this game, which increase my enjoyment too.

If you like the Avalanche Respin mechanic you might want to check out Red Tiger’s Esqueleto Mariachi, which I also reviewed. This game adds a few more features than Incinerator has. It oozes atmosphere and has a banging soundtrack. Meanwhile, Netent’s classic Gonzo’s Quest also boasts Avalance Respins in a completely different setting: Aztec ruins.

Fans of the classic slot experience are going to enjoy Incinerator. It’s a no-nonsense, quick-fire game that adds enough features to keep it interesting without requiring an extensive amount of research. I’ll definitely be revisiting this slot more over the coming months!

Browse casinos with Incinerator and other slots from Yggdrasil. Create an account and try the game for free before making a deposit.

You can play Incinerator in English, Finnish, Swedish, German and 18 other languages. 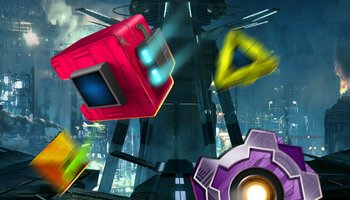