Jack in a Pot slot review

Play Jack in a Pot

Jack In A Pot follows the leprechaun Jack as he falls from his cloud into a golden pot on a green meadow and tries to wrestle all the different features into complying.

This slot was developed by Red Tiger and released in 2018, marking a stark departure from their usual Asian-focused slots. The game is set in what looks to be Ireland, where Jack the leprechaun finds himself in a golden pot. With a massive 7x7 playing field and a cluster pays mechanic, the slot also sets itself apart with the gameplay it uses.

The first thing I noticed were the amazing graphics. The entire game is highly detailed with loads of animations and great attention to details. Jack especially is very mobile and whenever he activates there are a lot of small details that make him come alive. The reels themselves are also constantly moving, in part because of the cascading reels feature.

Activating any of the special features during the base game has Jack appear out of the golden pot and showing us how he brings the feature to life. I thought each of them was done very well and had an original twist to them, even when their effect in-game was simple enough.

Because of the large playing field, there are quite a lot of symbols required to fill the screen. Still, it manages to hang onto a Medium Volatility and I saw frequent wins to emphasise that. The problem here was that due to the cluster pays mechanic, a single win on a spin usually wasn’t enough to refund the cost of the spin itself and it would require more than one cluster to make back the coins.

Because of the mechanic of the clusters, an important factor in deciding the value is the size of the cluster. The bigger the cluster, the more coins are awarded. The minimum size of a cluster is 5 but only the Golden Clover will reward more than the bet back when that occurs. All other symbols won’t pay out enough to make back the coin bet. Fortunately, it’s very common for more than 1 cluster to appear on the screen, which makes it easier to make back the money. Then there’s also the cascading reels feature.

There are a lot of features included in Jack In A Pot. Some of these are part of the base gameplay, others are added features that only activate occasionally. The features are:

The cluster pays and cascading reels make up the bulk of the gameplay, both during the base game as well as the free spins mode. The goal is always to get the maximum size cluster of the same symbol. Afterwards, the symbols involved in the cluster disappear and are replaced by new symbols that might create new clusters.

There are 4 different types of Wilds, each representing a special feature. Whenever a Wild is part of a winning cluster, that special feature activates. In my experience, these Wilds appear very infrequently, mostly because when they appear they are very likely to activate their special feature.

The 4 features are different enough from each other to each have their own advantages and disadvantages. The best one in my experience was the Magic Pipe which would add a 4x4 high-paying symbol to the screen which by its own is already enough to create a good cluster. Unfortunately, since there are 4 different features it’s very unlikely to see a feature enough to make a big impact on your gameplay.

Each of the features adds something special to the gameplay in my experience, with all of them being fun and interesting enough to deserve being part of the game. Unfortunately, they don’t appear very often which makes it unpredictable.

Jack In A Pot is very much a slot for players that enjoy something different, with a much larger playing field and a cluster pays mechanic to replace the standard betlines. If you’re a fan of beautiful graphics and this type of more modern gameplay I would heartily recommend it, even just for fun. I didn’t really find the game to be good for my funds, with the volatility keeping things relatively even but not allowing for huge wins.

The features are fun and add something to the gameplay but don’t show up enough to really have a big impact. Players are able to pick a bet between £0.10 and £40 per spin. The max. win of 2,000x your bet is a nice incentive but I never felt like I got close either.

Players that enjoy a classic slot experience won’t find it here. The game is very flashy and very modern, and many of the features aren’t seen often in classic slots. Without commenting on the quality of the game, if you enjoy a classic game you would probably do well looking elsewhere.

Play Jack in a Pot for free

Browse casinos with Jack in a Pot and other slots from Red Tiger. Create an account and try the game for free before making a deposit.

You can play Jack in a Pot in English, Finnish, Swedish, German and 18 other languages. 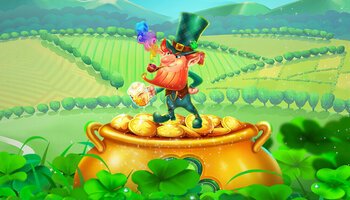