Jackpot Quest follows a brave adventurer as he explores the wild jungles and ventures into ancient temples to find the biggest wins and the golden slot!

It seems developer Red Tiger Gaming has a soft spot for adventurer slots as Jackpot Quest is the second slot released in 2019 that features this theme, with Vicky Ventura being the other one. Although this one does a few things differently, it still resembles the other slot in quite a few ways.

Jackpot Quest features a larger 6-reel, 6-row playing field with 40 paylines, filled with comic-book-style symbols. The comic book style is a pretty significant part of its design, with an intro that uses the framed aesthetic to present its story and the different animations when there is a win. These make the symbols seem like word balloons which I thought was a nice touch.

The high-paying symbols are all drawn in the style of classic comics and there are ways to expand these symbols to show more of the drawing, giving a bigger view of the main character in the process. Again, something that I thought was a clever and fun way to give the slot more personality.

The music was relatively inspired by the setting with a very toned-down song playing in the background while the reels spin. During wins, it would play a short victory tune but it would be over in a second. Nothing spectacular but it did the job well enough!

Jackpot Quest has a few original symbols and a bunch of high card symbols, all of which are drawn in the familiar comic book style. The images are largely static unless they’re part of a win, where the high card symbols are shown in a speech bubble.

From lowest to highest they are:

I found the listed High Volatility to fit well with my experience as I played the game, as even though the playing field is larger there are still quite a lot of symbols on the screen and not that many paylines.

The game has several features that keep the game modern, with a lot of them being dependent on the Ruby Talisman symbol. First, a quick overview:

The main feature presented on the opening screen and in the paytable is the Ruby Talisman feature, even though that’s only a tiny part of the game. It depends on several factors to ever trigger and it’s why I only saw it happen a handful of times during my time playing.

While the colossal symbol is present, a Ruby Talisman symbol needs to show up. This was incredibly rare for me, coupled with the relative rarity of the colossal symbols themselves. When that happened though, it would trigger the special feature. The Ruby Talisman would use the Colossal Symbol to randomly change other symbols on the screen into the same symbol, making bigger wins.

If this sounds complicated, it’s because it is. It was all very poorly explained in the game itself and the paytable only talks about the Ruby Talisman symbol and doesn’t mention the Colossal Symbols or the Re-Spin feature at all. I found it to be frustrating so much attention was put into such an insignificant part of the overall experience.

Jackpot Quest feels like the other side of the coin compared to Vicky Ventura. While it has much more personality and a specific theme, Vicky Ventura was the more competent slot. There are a few features in the slot that might have been interesting but they are explained poorly and don’t show up often enough to make it worth the time.

I found the game to be quite frustrating due to its lack of explanations but it does look good and plays fine if you ignore the special features. The occasional Colossal Symbol and re-spins helped in getting some bigger wins. If that’s enough for you, you’ll have a good time with this slot I imagine.

The player has a choice to pick a bet between £0.10 and £100, but be careful! Choosing a high bet amount and switching on the quick spin function will go through your funds extremely quickly and you might spend more than you had planned. The max. win of 1,000x your bet is respectable but not really worth the risk.

Browse casinos with Jackpot Quest and other slots from Red Tiger. Create an account and try the game for free before making a deposit.

You can play Jackpot Quest in English, Finnish, Swedish, German and 18 other languages. 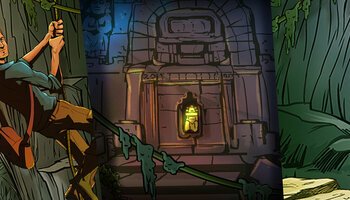