Tis’ the season when the bells can be heard jingling all around and that's what I like to hear when I play slot games with a wintry, holiday theme. That is not quite the case with the game at hand because instead of the candy cane and eggnog, the symbols are more fitting for a light summer cocktail.

Despite the intentional mix-up, Tom Horn Gaming has furnished the Jingle Bells slot with a payout potential of 500x your bet in the best possible outcome and 270x your bet if I am being completely realistic regarding the odds of landing the ultimate string of outcomes.

OK, in all objectivity this isn't a game that you'd get really excited to play and return back to again. I played it twice in total and I think there are other three-reel slots that can be a lot more entertaining and potentially lucrative, but Jingle Bells has a couple of appealing adornments about it that I will get to in a bit.

I really don't know what Tom Horn Gaming was thinking when choosing a name for the game. 99 out of 100 times the words Jingle Bells refers to the winter season and the holidays associated with it, but here the bells can be seen on the jester's hat and they do indeed jingle. Sadly, that's the only thing that the game can do in terms of visual effects.

Players shouldn't expect much in terms of graphic design. The reel set is plain and simple - there are several kinds of fruits and there is the jester's symbol. Also, there are four bells that adorn the reels and as I expected, they only shake and jingle when there is a winning outcome.

I find Jingle Bells to be a game that people play either when all other options for the time have been tried and exhausted or out of sheer curiosity to see if the math model can shake out something exciting. So design-wise, there isn't really much to see or hear.

I mentioned a couple of adornments regarding the utterly unremarkable Jingle Bells slot. One is the bonus feature. I like it that it presents you with two choices and that you have no idea about how little or how much you can get from it. The other thing that I liked about the game is the low variance.

But take that with a grain of salt because this doesn't mean the hit frequency is leaning towards 40%. It may be around 35% which is decent enough, especially considering the potential payouts.

There isn't a single symbol that pays less than 3x your bet, which is good. The other positive detail is the number of ways to win. You see three reels and you expect five paylines, at most, but the game has 27, which means you can land three matching symbols on any row position and still get a win from the turn.

Payouts range between 3x and 10x for the regular symbols whole the jester can pay 50x your bet.

Here is how I felt about the game. It's the type of slot that I'd just choose randomly by swiping the screen and letting it roll up or down and then I do an eenie meenie miney mo and land a finger on a game to see if it can throw in a big surprise within 20 or 30 spins.

Between the low variance, the 27 ways to win, the bonus feature and the overall low maximum payout, it isn't hard to leave the bells unjingled.

Browse casinos with Jingle Bells (Tom Horn Gaming) and other slots from Tom Horn Gaming. Create an account and try the game for free before making a deposit.

You can play Jingle Bells (Tom Horn Gaming) in English, Finnish, Swedish, German and 22 other languages. 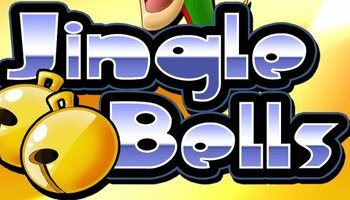