Joker Max is a Kalamba Games slot that harkens back to the classic elements of video slots since those were developed. Expect a number of familiar symbols as well as features that include wilds, free spins and progressive jackpots.

This game was released in 2020 but that’s hard to tell. The graphics are sharp and colourful but their originality is lacking. We are treated to a variety of familiar symbols that have been populating other playing fields for more than a decade. This playing is 6 reels and 4 rows, which is actually a bit bigger than the average. As a result, players can get a win on one or more of its 40 bet lines.

When it comes to the presentation, this slot does nothing out of the ordinary. The graphics are fine but uninspired and I’ve seen them in similar variations over the years. The only truly unique element is the joker itself, a smiling woman with cleavage. Unfortunately, none of the symbols are animated which doesn’t help its generic appearance.

There’s no background to speak of and the layout mostly feels very utilitarian. The music is based on an electronic track that’s usually very subdued. It mostly only plays a bit louder when there’s a win or the game is ramping up to the free spins mode.

Joker Max obviously uses a joker as a high-paying symbol but it gets a bit more complicated when we look at the other symbols in the game. They’re all based on the most popular symbols in slots but that means it’s hard to tell which ones are worth more. It will require a dive into the paytable or a glance at the listing below to see. I wish the developers had put some more effort into creating distinct styles so we would be able to tell at a glance.

When it comes to the wins, the game has High Volatility. This was divided into two elements in my experience. On the one hand, getting a natural win wasn’t easy and they rarely happened even in the base game. During the free spins mode, it was equally as difficult. On the other hand, wins have very low payouts so getting a single three-of-a-kind win is unlikely to pay you back more than a few spins.

To deal with this, the game allows you to change your bet to anywhere between £0.50 and £187 per spin. The lower the bet the longer your funds will last, but any wins will be similarly low. Increasing the size will reward you if you manage to get a win, but unless you have deep pockets you’ll run out before that happens. It’s a decision every player needs to make for themselves.

As far as the symbols go, they are from most to least important:

Joker Max makes use of a number of features that have been included in other Kalamba Games slots as well. The Hyper Bonus mechanic is something they like to offer players as an additional choice on how to play.

Most of the game will take place on the main screen as triggering the free spins mode is quite hard. Players will have to deal with the high volatility in both cases, with the free spins mode only barely offering any wins on the lowest level. I had a few times during my time playing where I was awarded less than a dozen bets from the free spins.

When increasing your Hyper Bonus level you will be awarded bigger wins during the free spins mode but this comes at a higher cost per spin. As a result, it stays just as unlikely you’ll end up in the positives once you do activate the free spins mode. Keep that in mind as you play since it doesn’t feel very fair.

Joker Max is the type of slot that’s hard to talk about since it will only offer a rudimentary experience. The graphics and appearance are very generic and will not be something that stays in people’s minds for very long.

That doesn’t have to be a bad thing if the gameplay is interesting enough, but it also doesn't really do that either. There are some things that are nice to have on paper like the progressive jackpots and the free spins mode but neither appear enough to feel like part of the game.

If you’re simply looking for a slot that bases itself on the original fruit machines but with a modern touch, this will likely fill that void. For people that enjoy any type of originality, it’s probably not going to be a huge success.

Browse casinos with Joker Max and other slots from Kalamba Games. Create an account and try the game for free before making a deposit.

You can play Joker Max in English, Finnish, Swedish, German and 9 other languages. 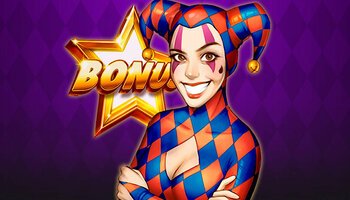