Jolly Roger takes us back to the times of piracy and adventure on the high seas of the Pacific Ocean, where treasure and action occupied most of the time on any given day.

This slot was released in 2012 by Play ‘n GO, which means the game is almost a decade old by this point. Even though it starts to show in the graphics, I thought the gameplay was still seaworthy and the features are relevant even today.

Everything about the slot is set to fit the pirate theme. The background shows us the side of a ship’s hull, in the far distance the sea stretching out to the horizon and other ships lazily drifting by. The 5-reel, 3-row playing field is filled with original artwork that makes up the symbols. All of the symbols are also slightly animated when they’re part of 1 of the winning 15 betlines.

The music is rather underused with only an occasional jingle during the base game when there’s a win. The reels spinning does have a special sound-effect that reminded me of turning the anchor wheel. Meanwhile, different symbols have different effects when they’re part of a win which I thought was a great little way to set them apart.

All the symbols of Jolly Roger are original and fit the theme of the slot. They’re hand-drawn and look cartoony, which makes the theme of piracy a little more manageable. The different symbols are all distinct enough to tell apart, and the use of colour makes it a nice game to look at.

Although I thought that 4 different types of bonus symbols were a little much, they look different enough to stand out. It also means that they’re more likely to trigger a feature which I found to be a very good thing. The Bonus Symbol with the Chest is good for the max. win of 4,000x your bet so you want that to activate as often as possible!

There are a few features in Jolly Roger that are largely independent of each other. Whenever you get a certain symbol on the screen it will activate that particular feature, which is divorced from the other ones. There are no features that work together.

The Chest and Map Bonus both activate a separate screen which I found quite enjoyable but I imagine other players might be annoyed as it stops the reels from spinning. Nonetheless, they look interesting and offer some variation.

The Chest Bonus puts the player in front of a massive stack of gold in some secret cave. There are a set of chests placed in front of the player who gets to choose a number of them, depending on the number of symbols that were on the screen when the bonus game activated. This feature is the one that will grant the biggest win, as the right picks can result in a 4,000x your bet win!

The Map Bonus is very similar but a little less extreme. There are only 3 map pieces at any point so the only way to activate the feature is to get all 3 of these on the screen at the same time. This happened to me quite often, which was nice to see. Once the bonus game activates we’re presented with a treasure map of an island and 5 locations we can dig at.

The player gets to pick 3 spots and will immediately see the coin value of each dig site. Picking correctly during the Map Bonus can grant a maximum win of 1,200x your bet. With the ability to pick a bet between £0.01 and £75 per spin, this can vary wildly depending on how risky you want to be!

Jolly Roger is an older slot but it still looks and plays great. The graphics are all original which instantly scores points with me, plus they are quite well animated. Other, newer slots often don’t have this much movement in their slots.

The different features are disconnected from each other. Where other slots have features that might interact from each other, in Jolly Roger, there is none of that. The only features that appear in the base game at the same time are the Wilds and Scatters, but those don’t have any influence on each other either.

If you prefer a game that completely takes place at the base game then you won’t appreciate Jolly Roger’s frequent trips to bonus games and different screens. If you’re a fan of some variation, it’ll be the perfect fit!

Browse casinos with Jolly Roger and other slots from Play'n GO. Create an account and try the game for free before making a deposit.

You can play Jolly Roger in English, Finnish, Swedish, German and 30 other languages. 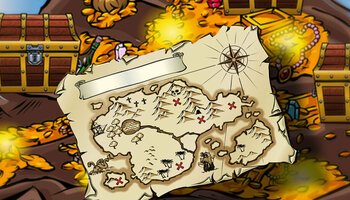