Katmandu Gold is set at the edge of the Nepalese capital city a long time ago where the snowy mountains flank a massive gate that holds the 6-reel, 9-row playing field as well as a number of features like free spins, expanding reels and colossal symbols.

The slot was released back in 2020 by ELK Studios which explains the excellent graphics. In the back, we can see the massive mountainside of Nepal with a mysterious gate that is only visible when the tiles drop down. The gate comes into play whenever the free spins mode is activated. With a massive playing field, the game holds 4,096 ways to win, which can increase to up to 531,441 paylines.

The symbols in the game are split between high- and low-paying symbols. Disappointingly, the low-paying symbols are simple card letters that are barely made to fit the theme or setting of the reel. Meanwhile, the high-paying symbols are a bit more original but still don’t display any real creativity except for the single character, which I thought looked like Russell Crowe.

In the slot, the sound design is made to fit the setting a lot better than the symbols, with a drum-heavy soundtrack that plays very subtly in the background. The reels drop down with soft thumps while certain special features have their own effects, like the crackling of ice. All in all, I would consider the sound to be the best part of the design portion of the game.

The game features quite a large selection of symbols to fill up the larger playing field. The High Volatility that the game is listed as fit my experience, where the player will be granted small wins pretty often but these won’t be enough to bring the funds into the positives. As a result, the player is dependent on the occasional larger wins that usually appear during the free spins mode.

The payouts to this game are extremely low, with barely any of the wins paying out only a single spin. This is based on the expectation that the game will feature more than one win at a time, considering the large playing field and the consecutive reels feature.

Players can pick a bet between £0.20 and £100 per spin. The players that get the maximum win will walk away with 10,000x your bet, which is quite a big number. However, as I played the game I found my funds to drop pretty steadily over time, never winning a big enough win to make back my spending.

Katmandu Gold has a series of features that augment the gameplay, some of which only activates during the Free Spins mode. Some of the features include:

The game will mostly take place during the base game, as triggering the free spins mode prove difficult. I did get it to trigger occasionally but the results were often woefully underwhelming. With 10 spins I once walked away with only 39x my bet. As a result, even the free spins mode wasn’t profitable enough to make back the funds spent to get there.

That’s not to say the features aren’t fun. The game makes great use of the room on the screen, adding rows after consecutive wins. This, in combination with the cascading reels feature, can help the player get some big wins even during the base game.

If you’re looking for a slot that doesn’t require a lot of input from the player but does offer a great deal of movement and features, this is probably a great slot to try out.

Katmandu Gold is a slot that gives players a lot to see but not a lot to do, which is fine. The features practically run themselves, leaving the player to spin the reels and see what comes out of it. The appearance of random features that include colossal symbols and sticky reels are interesting and make every reel potentially a big success.

The look and feel of the game are good, but the sound design definitely stands out. The graphics are clear and beautifully drawn but lack somewhat creatively. One of the symbols is a turtle which is a common motif in Asian-based slots but I don’t think they’re especially common in Nepal. It’s small details like that which show me the designers weren’t fully committed to the idea.

All in all, players that are looking for simple gameplay but a lot to see will want to give Katmandu Gold a try. If you prefer the more basic video slot than this might be a bit overwhelming. Then again, the sizeable jackpot might be enough to have players look past this!

Browse casinos with Katmandu Gold and other slots from Elk. Create an account and try the game for free before making a deposit.

You can play Katmandu Gold in English, Finnish, Swedish, German and 19 other languages. 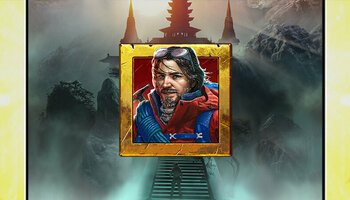