Sibling to the wildly popular Book of Dead. Legacy of Dead brings a fresh facelift to the ancient Egyptian-themed book series of slot titles by Play’n Go. Sticking to what works, Play’n Go haven’t changed the recipe much. However, they have significantly ramped up the quality of the graphics and included some exciting twists to the bonus feature. If you’re a fan of Book of Dead, Legacy of Dead and/or Doom of Egypt then this is worth a spin or two.

As I have already mentioned, Play’n Go hasn’t deviated much with Legacy of Dead and this statement extends to the theme. Upon opening the game, I was greeted with a very familiar-looking backdrop of an Egyptian pharaoh’s tomb. With rows of grand pillars on either side of the golden 5x3 reels, it is tough to see what has changed from the Book of Dead setting. However, look a little closer, and you’ll notice subtleties such as the warm glow given off by a pair of animated ancient torches.

When it comes to the soundtrack - you guessed it - not much has changed. It's definitely different, but Play’n Go have clearly used the same sonics from Book of Dead and tweaked it. That said, the soundtrack is pretty well crafted and does a good job at building the suspense. It makes you feel somewhat like you’re on an Indiana Jones set. I guess the answer to the similarities between Book of Dead and Legacy of Dead is, if it ain’t broke, don’t fix it.

In terms of storyline - well - there isn’t one. Although part of the book series of slots, Legacy of Dead doesn’t include the famous explorer we know and love, Rich Wilde. This is because the slot is almost a spin-off of the Rich Wilde series, adding to the Egyptian universe Play’n Go seems to be creating.

This biggest and most notable difference when it comes to the Legacy of Dead’s theme and graphics is the latter. The moment it loaded I could see the superiority in the game’s resolution, from the intricacies in the hieroglyphic symbols and wilds, to the vibrancy in the colours. The game feels sharper and more refined than its older brother, Book of Dead.

Legacy of Dead isn’t overly complicated when it comes to the symbols and features it offers. I quite like this as some games can get overly hung up on complicated combinations and features that take away the enjoyment somewhat.

There are 5 high to mid-level symbols that include the dead pharaoh, Egyptian gods such as Anubis and Horus, plus the golden tomb which acts as the wild. The golden tomb is the champion in this game as it serves multiple purposes such as substituting for any other symbol. I’ll go into more detail about them in the following section.

The two main features in Legacy of Dead are the gamble feature (also seen in Book of Dead) and the free spins feature. The latter of which comes with a slight twist that will keep players on their toes just as it did for me!

Not exactly an uncommon feature amongst video slots but a firm favourite for me. The gamble feature gives players a chance to multiply their winnings through a game within a game. For those of you that are not familiar with the feature let me explain.

This feature can be played up to 5 times in a row but I’d be pretty impressed if anyone guessed correctly that many times. Overall, this is a nice way to add some extra excitement to the game and if done right, can boost your winnings substantially.

This is really the highlight of the game. To trigger the round players must land 3 or more wild/scatters on the reels. When triggered, a scroll opens up on the screen and a symbol is chosen at random to be a super/special symbol. The cool twist here is the special symbol doesn’t need to fall in line, but simply anywhere on the reels - seriously boosting the chances of big wins.

What I really like is that each time another 3 wilds/scatters land on the reels during a free spins round, another special symbol is added to the mix. This will continue until you have up to 9 special symbols which, if you’re lucky enough to get, could massively increase winnings.

When it comes to symbols in this game the dead pharaoh sits at the top end along with the golden tomb wild, both offering the same sized payouts. Following those are a couple of Egyptian gods (Anubis and Horus) and a Tutankhamun symbol. These mid-value symbols are the ones I found myself landing winning combinations on a few times and gave me some nice wins. At the lower end of the paytable are the card symbols A, K, Q, J, 10. See below for how much you could win from each symbol.

Legacy of Dead is a high volatility slot with an RTP of 96.58%. So don’t expect to get relatively consistent wins playing this. However, you don’t need to be a big spender to enjoy this game. I played between £0.10 and £1 but if you wanted to go big, Legacy of Dead offers up to £100 per spin. As with most slots, the best payouts are found in the bonus round and these wins can be pretty substantial indeed.

The max win can only be triggered in this game through the free spins feature. In doing so you’ll need to fill the reels with the Dead Pharaoh or Golden tomb symbols. If this happens, the lucky player will get 5,000x their win. If playing with the max bet of £100 this will translate to a max win of £500,000! Putting Legacy of Dead in the upper echelons of high paying non-progressive slots by Play’n Go.

When it comes to thematics and originality I there isn’t much to shout about. Legacy of Dead follows a very similar route as other book slots such as Book of Dead, Legacy of Egypt and Doom of Egypt. Where this game stands out is the incredible improvement in graphics, it’s truly a visually vibrant slot to play.

Additionally, the changes made to the free spins feature is definitely enough to keep you interested as the wins here could be substantial. Although not incredibly imaginative, Legacy of Dead has carved out its niche in the book series. If you are a fan of the others then I would 100% recommend giving this a spin or two.

Play Legacy of Dead for free

Browse casinos with Legacy of Dead and other slots from Play'n GO. Create an account and try the game for free before making a deposit.

You can play Legacy of Dead in English, Finnish, Swedish, German and 30 other languages. 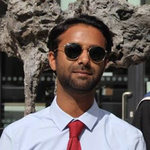 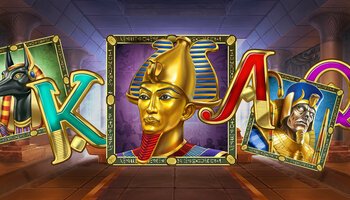