Leprechaun’s Lucky Barrel sees our titular character sitting on the titular lucky barrel out in a lush green field as we spin the reels and see if there’s anything coming our way!

This luscious green slot was created and released by Booming Games in 2019 and is easily one of their best-looking slots. The leprechaun sitting on his lucky barrel is wonderfully detailed, moving slightly and animated in different ways like spinning his coin. The difference between the art in this slot and similar Booming Games like Gold Vein and Pirate Booty is striking.

With the playing field consisting of 5 reels and 3 rows, totaling 20 paylines, the game does stay close to its roots. The images are all wonderfully detailed and colourful, while each of the high-paying symbols shows a small animation when part of a winning payline. Unfortunately, it seems as if in exchange for this they decided to bring back the high card symbols as well.

All in all, I was impressed by the graphical prowess of the game. I would even consider it to be on par with 2D slots created by the big-name developers like Yggdrasil and NetEnt.

The music luckily adds to this level of excellence. It plays a happy Irish jig in the background as the reels spin while the sound-effects offer a steady ambience as well. Getting a Scatter Symbol on screen, a coin, there is a short twinkle sound playing. Whenever there’s a win, there are different types of jingles which I found pretty original.

There are plenty of symbols in the game, which also helped in setting the game’s High Volatility. Nonetheless, the symbols all look sharp and detailed. Even the card symbols, although uninspired, are made to fit the theme with their folkish appearance. Each of the symbols is slightly animated when part of a winning payline.

The different symbols are nice to look at but I found the Wild a little too innocuous compared to the other symbols. It has the word Wild on it but it took me a look at the paytable to realize it. Coupled with the dark brown colour it doesn’t stand out as a special symbol.

Booming Games has a selection of features they seemingly enjoy a lot and include in most of their slots. It’s no different here with some simple features that are quite common amongst many developers.

This game has high volatility which becomes obvious to anyone who plays it for even a short time. Wins during the base game have a low coin value which means that it will take more than 1 winning payline to get something out of it. This should be easier during the free spins mode considering the activated features, which is supposed to be the moment where everything evens out.

In my experience, unfortunately, it didn’t work out that way. During the base game, I very rarely saw any wins and they would only occasionally pay out more than the bet itself. When they did, they would still be rather low. The free spins mode was exceedingly rare, making it a big investment just to get to that special mode in the first place.

Even when I did activate the free spins mode it would often not really be worth the effort. With the mechanic only occasionally adding Sticky Wilds it often meant there would be no Sticky Wilds. Even in the best-case scenario, there wouldn’t be as many Wilds on the screen. There are plenty of other slots with better Sticky Wild mechanics that don’t depend on extra hurdles.

Leprechaun’s Lucky Barrel is both a step forwards and backwards when compared to other slots developed by Booming Games. While it has much better graphics and animations, the features felt lacklustre and only had a small impact on the gameplay.

I would argue that the high volatility isn’t really due to a smaller view on big wins, but rather a smaller opportunity at wins at all. While playing, I would watch my funds steadily decline without any real big improvements. I’m sure that there are times where this isn’t the case and a player can see a huge return on their bet but it might be exceedingly rare.

The player has the ability to pick a bet between £0.20 and £200 per spin which lets them spread out the damage somewhat. A max. win of 1,000x your bet is quite a lot compared to other Booming Games slots but doesn’t seem to compensate for the high volatility in my mind.

If you’re a player that likes to live on the edge you might get something out of Leprechaun’s Lucky Barrel. If you’re not, I would suggest looking for something else to play!

Browse casinos with Leprechaun's Lucky Barrel and other slots from Booming Games. Create an account and try the game for free before making a deposit.

You can play Leprechaun's Lucky Barrel in English, Finnish, Swedish, German and 23 other languages. 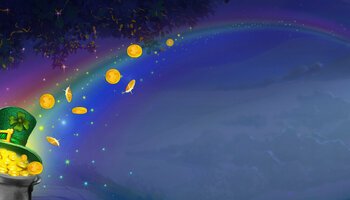