Auto-tuning and street racing enthusiasts can get ready for a wild ride through the hot streets of Macau.

The burgeoning island-city is the casino capital of East Asia. It comes complete with its own strip of casinos, grandiose hotel-casinos and even an Eiffel Tower replica, so as not to fall behind Las Vegas in anything that is gawk-worthy.

I couldn't ever peg Macau with street racing. It is usually Tokyo that has this association imprinted in its DNA, but since Red Tiger Gaming is vouching for it by releasing a game with that title, then street racing must be a thing in Macau.

Everything about the 3x5 layout with 20 fixed paylines on Macau Racing is just fine. The theoretical return to player is 95.45% which I think is decent enough for a jackpot slot, while the variance, which is between low and medium, is quite rare and for that matter appealing to some players.

Playing the game I could feel that the base game growing on me because of two reasons: the wild’s ability to expand adds a bonus feature element to the gameplay and because the actual bonus feature can become a wild symbol bonanza, which turns the reel set into a racing ground for potential winnings.

Macau Racing is also part of Red Tiger Gaming's jackpot network called Daily Drop which comes with three progressive prizes - a thing to consider when choosing the next game that you can call your favourite. Besides the possibility of hitting one of the Daily Drops, there is a max win potential of 888x your bet that can trigger from any spin.

I've enjoyed the game quite a bit but despite that, I can't shake off the impression that this is a near-replica of another Red Tiger release, called Red Hot Slot. Sure the two games have a different theme but I can still notice some similarities, such as the style in which the low-paying symbols are drawn and that there are five of those and three high- paying symbols plus the wild.

At any rate, the visual effects differ and I think that Macau Racing is more energetic because of the car-racing sequence which is, after all, the most anticipated event on the reels.

I think that the paytable is pretty solid in regards to the high-paying symbols and absolutely horrendous for the category of most frequent winning outcomes - those consisting of three symbols.

This is a balancing act on the part of Red Tiger's mathematicians because the wild symbols can invite winning outcomes on multiple paylines, so players are likely to see that these low payouts can add up.

There are only three high-paying symbols. The checkered flag, the bottle of Champagne and the trophy, so it's fair to say that you can't expect them turning up in fours and fives on a payline.

Nevertheless, the probability is there to eventually manifest, so when it does, players can land winnings of 188x, 288x and 588x your payline bet for five of the high-paying symbols, considered here from low to high.

Last not least, the wild is the paying symbol which remains to be annotated and I've left it for the wrap-up because of its erratic behaviour. Wilds can appear in stacks and on multiple positions on the reel set, both in the base game, in the random feature and in the free spins, so when you think Macau Racing, you are thinking about a potentially wild ride with the wild symbols.

Browse casinos with Macau Racing and other slots from Red Tiger. Create an account and try the game for free before making a deposit.

You can play Macau Racing in English, Finnish, Swedish, German and 18 other languages. 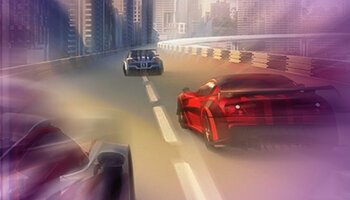