Take a seat and let Madame Destiny reveal your future. Will the tarot cards uncover hidden fortunes? There’s only one way to find out. Look into the crystal ball and discover a 5-reel, 3-row slot with 10 paylines.

A misty forest adorns the background whilst a spooky, melodious soundtrack sets the theme perfectly. Start spinning and you will encounter black cats and owls. Who knows, you might even come face to face with the oracle herself.

With Madame Destiny, Pragmatic Play added another highly volatile slot to their catalogue. Released in 2018, this video slot still feels quite fresh, three years on, and it’s not the first time I’ve seen it listed as a player favourite. In fact, the developer released a Megaways version of the same slot with very similar graphics in January 2021.

The game does have this feature where it will slow down play when 2 symbols are on a paying line in the first 2 reels. I have to admit I found this to be unnecessary as most of the times the win didn’t justify such drama. This happens on any potential win and it greatly slows down the game.

Hitting 3 or more scatter tiles will start the bonus round. During the bonus round, all wins are multiplied by 3. Any win that has a wild within the payline will be multiplied again by 2. If within the free spins round, 3 or more scatters make an appearance then another 15 free spins are added. This feature, according to the game rules, has no limits.

This is not a slot I played before, yet I sometimes see it featured prominently in some casinos. Despite the theme being on the whimsical side, this slot has brutal volatility. I would go as far as to say that casual casino players should do their research before playing it.

However, with such high volatility, this slot will attract some of the more hardcore gamers. There is some serious win potential, especially in the bonus round where all wins are multiplied by 3 and then multiplied even further (by 2) if there is a wild on a payline.

Weirdly enough my biggest win came from the base game where I won a neat 80x thanks to the multiplying wild. As for the bonus round, I found this quite hard to get into. The two times I did the final yield was around 50x. Having said that, I can see where the potential for big wins is and I understand why this game features as one of the favourites in some casinos.

Browse casinos with Madame Destiny™ and other slots from Pragmatic Play. Create an account and try the game for free before making a deposit.

You can play Madame Destiny™ in English, Finnish, Swedish, German and 17 other languages. 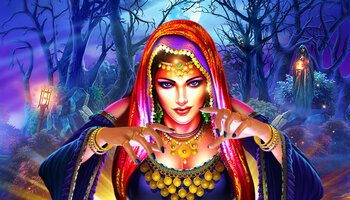