Majestic Megaways gives players the ability to play on the African plains as the setting sun illuminates one of its famous trees in the background, while the game features megaways, wilds and cascading reels.

This iSoftbet slot was released back in 2020 with some excellent graphics and a great sense of theme and setting. The game will give players the feeling they really are in the darkest continent, exploring the sun-soaked plains as various animals roam the reels. Speaking of, the game has 6 reels with varying lengths, changing between 2 and 7 rows per reel per spin. As a result, the slot can have between 324 and 117,649 paylines.

As the game is set in Africa it makes use of some standard graphical elements. The high-paying symbols are some of the Big 7, including rhinos, lions and elephants. The background is a static image of the plains with occasionally some animations like clouds drifting by or birds flying in the distance. These are subtle but important details to make it come to life.

The low-paying symbols are simple card letters that are not made to fit the setting at all, giving a bright colour and a normal font. It didn’t feel like part of the theme which seems odd considering the time spent in making the rest of the game feel appropriate.

Majestic Megaways offers the player some opportunities to immerse themselves in the game. The sounds are pretty good at setting the mood and the different animals are drawn in a realistic way. I would have liked to see them better animated but they are mostly static, even when part of a win.

The game features a huge number of paylines which makes it more likely to get a win. Because of the large number of symbols and the low payout, it does reach High Volatility. This means that there won’t be a lot of wins during the regular time playing and even when they are triggered they probably won’t be very big.

It is possible to adjust your bet depending on how much risk you are willing to take with a bet between £0.20 and £20 per spin. Because the game is so volatile it also offers the opportunity of snagging the jackpot, which is a max. win of 20,000x your bet.

Majestic Megaways make use of some standard features but adapt them to create some unique combinations. That doesn’t mean the game is the only one that offers these type of combinations, but I don’t think they’re especially common.

Because of the features and the way they operate, as well as the low payouts of any wins, it is unlikely you’ll win big. There is going to be a lot of time between big wins for the average player, although it’s impossible to say it will never happen. If you enjoy features that appear often and have a big impact on the game anytime they appear you’ll likely leave disappointed.

I should warn players of using Majestic Bet. I tried it once to see how it would perform so this is not a reliable test, but I only got back a fraction of the cost back in wins. In the end, I lost more coins by activating it in one second than I managed to lose over more than half an hour of regular play. This is very much a highly volatile move that can definitely backfire.

Majestic Megaways is a slot that is definitely meant for the more hardcore players, since it doesn’t pull any punches and clearly left some things behind in exchange for a focus on harsher gameplay. The graphics are good but uninspired, with little flash and a lot of attention put on relaying information more than setting a mood or entertaining the player.

The game will let most people quit in dismay as the high volatility is intense and hardly ever lets up. Where you need a few features to line up in other slots, this game requires all of them to line up multiple times in a row to be able to get a bigger win.

Payouts are extremely low for even the higher-paying symbols and getting wins is not likely. Managing to break the streak of no wins is no guarantee the win you’ll get will even be enough to pay back a single spin. By that metric, only the max. win of 20,000x your bet is really the only reason to consider playing this game over any other.

Browse casinos with Majestic Megaways and other slots from iSoftbet. Create an account and try the game for free before making a deposit.

You can play Majestic Megaways in English, Chinese 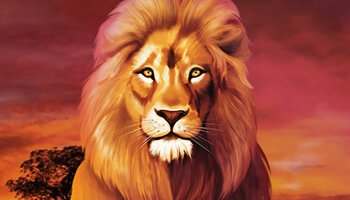