I don't think there can be a more sincere way of letting everyone in a restaurant know how much you've enjoyed the first bit of the pizza than by standing up and saying out loud, Mamma Mia!?

For a greater effect, you can hold three fingers pinched together and appear more Italian than Salvatore the chef. The Mamma Mia! slot was made by Betsoft in 2011 and offers nothing but the finest ingredients of good online slot action.

The first thing that got me was the animation and art. They don't make games like this anymore, so Betsoft is going down in the history of slot games for having made intricately-animated and thereby entertaining, games.

But there is more than just the visual aspect. I like the mathematical model of this game, which offers low volatility and that can only mean consistent payouts, albeit small, but with a chance of getting a surprise hit by way of one of the few extra features.

Mamma Mia! is a light-hearted game. Salvatore the chef is busy at all times as he grates Parmigiano over the pots which he sprinkles with black pepper and fine Sicilian herbs.

In that regard the game had me entertained, but there are few other details to the premise that are intertwined in the gameplay and, more importantly, with the bonus features.

The premise of the game is that this restaurant is hosting food critics who are eager to find a fault in the taste, but I don't think that jolly old Salvatore can ever allow that. All of the symbols are drawn in 3D style and are animated, so whenever you land a winning outcome, the game opens up an expanded view of the symbol so that you can get a glimpse of the story.

Landing a win with the restaurant critic will wake that symbol up into a lively detail. A winning outcome involving the chef's symbol causes him to kiss his fingers in joy, and so on. If you are looking for a light-hearted slot theme to play then this is the right game.

When I had had enough of orcs and gems and fruits, I went to Mamma Mia! and had a decent gaming experience, even more so because the low variance lets you enjoy the game longer, regardless of the amount of the bet you intend to wager.

In total there are four extra features in this game, which keeps its spirit of triggering regular events where you can cash prizes. I must note that the game doesn't have a very high payout potential, but I didn't mind this at all because a string of few events can trigger a delicious payout nevertheless.

The set of features includes a free spins bonus where you get to make a pizza together with the chef, then there is a set of ovals that conceals a cash prize, the possibility for a locked stack of wilds and a feature that offers a little bit of interactivity towards the potential for a win.

So, the game may be dated and the graphics a little bit stale in comparison to most of Betsoft's new releases, like the insanely-engaging Max Quest series which is something other than just an online slot game, but nevertheless. I liked playing Mamma Mia! and did so on several occasions when I wanted to play a low-stakes, low volatility game.

The interesting part about this game is that it comes with two pick-me bonuses and locking wilds whose number you can control, from that which is being offered.

Regarding the latter feature, the number of locked wilds impacts the amount of your wager, so there is an added element of excitement where you can take a bigger risk in exchange for improved odds in landing a bigger win.

One of the less-spectacular details about Mamma Mia! and similar slot games by Betsoft from that period, is the way in which you have to work three different settings in order to arrive at the desired amount of the bet.

The game comes with 30 selectable paylines, "Coin per Line" and "Bet Per Line" which determines the number of times the selected bet is going to be multiplied.

In my experience with Mamma Mia!, the slot game, I’d usually bet two cents per payline across all 30 paylines, which forms a total bet of 60p per spin. The four symbols at the top of the paytable have payout values that can be worth something rather than a little, which is how I would describe the remaining symbols.

You can land three symbols of the waiter, the restaurant critic and of Salvatore the chef and get 0.80, 1x and 2x in return for your 60p bet. Conversely, landing four and five of these symbols can pay between 1.60 and 10.00, which is alright for a low variance game.

I noticed that Mamma Mia! doesn’t shy away from posting five high-paying symbols on a payline, so every once in a while, a ‘fiver’ may come along with or without the help of the wild symbol.

Mamma Mia! is not a perfect game but it’s decent enough if you want to play just for the fun of it. You can blow away ten pounds or euro and have fun on 30 or 20 paylines, or on fewer than that if you will, and you can still enjoy this particular game longer than any medium or high variance game.

Strangely enough, there are four features in total and this is how Betsoft’s Mamma Mia! got me interested. The features can trigger often enough which makes the game eventful so overall, I’d recommend it to just about anyone.

Browse casinos with Mamma Mia! and other slots from Betsoft. Create an account and try the game for free before making a deposit.

You can play Mamma Mia! in English, Finnish, Swedish, German and 21 other languages. 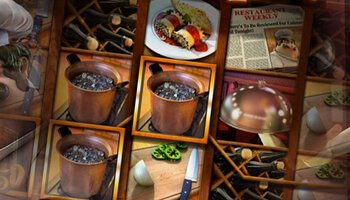