Medusa: Fortune & Glory is a slot that details the various characters that were part of the Odyssey and especially the part about Medusa. The game further features free spins, multipliers and random wilds that help keep the game interesting.

This special slot keeps things pretty simple when it comes to its features and gameplay, although it does have a 6-reel, 4-row playing field that’s a little bigger than most other slots. As the game was developed by Yggdrasil and released in 2020 we are reasonably assured it will have some great graphics, and in that respect, Medusa: Fortune & Glory does not disappoint.

All the graphics are clear and sharp, hand-drawn art that takes on a cartoon vibe without going overboard. Media, Pegasus and other characters continue to look menacing while having a bright colour palette. Whenever the game lands on one of the 4,096 Ways To Win it will often play a special little animation for the high-paying symbols.

The background of the game shows a series of special buildings on what appears to be an island, but the playing field is quite big and fills most of the screen. I didn’t see any animations in the background, but the game has a free spins mode that has original screens which I liked. The low-paying symbols are unfortunately all card letters, taking me out of the setting which I feel wasn’t necessary.

Medusa: Fortune & Glory includes a rather large number of symbols. This works in combination with the big number of paylines as well as the reasonable payouts for a win to create High Volatility. Players should expect it to be possible to get wins during the base game but they mostly won’t be very high, only paying back 1 or a couple of spins. The game does depend on the free spins mode being triggered to create bigger wins.

Players can deal with the volatility by playing around with the bets, which can be raised and lowered. Players can choose a bet between £0.10 and £30 per bet. I would advise people to start off slow as I found the bigger wins are spaced out quite a bit and it could happen the funds run out before one is triggered if the bets are too high.

As a possible reward for confronting Medusa and braving all the dangers in her world, players can be on the lookout for a max. win of 7,440x your bet, which I found quite a considerable amount. Even though it’s not the highest payout in a slot, it will definitely beat most other normal slots.

Medusa: Fortune & Glory takes it easy when it comes to the features and the ones that are included aren’t especially original. Having said that, they are implemented well and give the players something to look forward to as they play.

Players will be in the base game for most of the time, but I did not think the free spins mode was particularly hard to get into. It triggered a fair number of times while I was playing, but that also affects its importance. Big wins can happen on a single spin but I found it unlikely to have multiple big wins in a free spins round. I often left this mode with an average win that only covered a couple of dozen spins.

Once the free spins mode is activated, players get to pick between a free spins mode with either multipliers or random wilds. I found both to be helpful when it comes to getting bigger wins. The random wilds can be any of the symbols in the game, while the multipliers go from 2x to 20x your bet. Since the choice is made blindly, it’s impossible to predict which is the best option.

Medusa: Fortune & Glory is a slot that gives us the familiar visual opulence we have come to expect from Yggdrasil. This developer has years of experience in making beautiful slots and this one also doesn’t disappoint.

That said, compared to other similar games by this studio it has notably less character and the leading lady Medusa is barely seen at all. I thought this was a missed opportunity since it’s already such a recognisable character and her ability to turn things into stone could have been translated into a feature, perhaps Sticky Wilds.

Instead, the game stays close to the ground and does not attempt anything new but offers a solid gameplay experience. If you are a fan of Greek mythology or you just want to play a slightly bigger standard slot, I think you’ll have a good time.

Browse casinos with Medusa: Fortune & Glory and other slots from Yggdrasil. Create an account and try the game for free before making a deposit.

You can play Medusa: Fortune & Glory in English, Finnish, Swedish, German and 18 other languages. 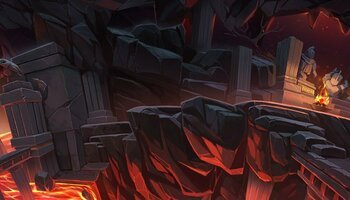