If you haven’t heard about the Mega Fortune slot game by now, you must have been living under a rock. Not trying to be belligerent here, but this game is loved by both low-roller and high-rollers thanks to the luxurious element that is exuded as you spin the reels.

This rather remarkable slot game by software provider Net Entertainment has captivated many punters’ attention and ultimately found itself into their hearts, thanks to the humongous jackpots attached to it.

Built over five reels and 25 pay lines this progressive jackpot game flashes symbols like credit cards, diamond watches and sports cars. I found myself dreaming of boarding a yacht and cruising away in the Mediterranean as I played along. I have to say that this game achieves what it set out to do – To get players fantasising of achieving their dreams of success and wondering what they’d do if they got their hands on the big prize.

With bets starting from as little as 25p and going all the way up to £50, you can easily decipher why players from all walks of life have imagined of having their life changed overnight at the click of a button. After all, this game, dished out one of the biggest online jackpots in history, a whopping €17.8 million back in 2013, making it a strong competitor for fellow millionaire progressive jackpot game Mega Moolah by Microgaming.

I have to say that this game has somehow succeeded in ageing well. You need to bear in mind that this online slot has now been in circulation for over eight years. I wasn’t awestruck with the background music when it came out then, and neither am I impressed with it now. I would call it ‘shop music’, the music you can easily ignore in the background and doesn’t evoke emotion. There is nothing to write home about there.

When it comes to graphics, it also somehow falls flat when you compare it to other slot games that were released around the same time which boast better graphics. I would assume that NetEnt thought that four progressive jackpots were more than enough reason for players to play and saw graphics and sounds as an afterthought.

But if we put my grudges to the side, this Guinness World Record holding millionaire jackpot has plenty of appeal, and it works like a charm in captivating players’ attention. With a decent RTP of 96.6%, you can expect small yet regular wins to keep your excitement levels cranked up to the max.

NetEnt stuck to its tried-and-tested approach when it comes to its graphics, offering a robust selection of visuals. In the background, you can imagine yourself standing on your own luxury yacht in the marina.

In the meantime, and back to the reels, symbols include expensive rings, diamond-encrusted watch, wads of money cigars, whisky and regular playing cards. The highest paying symbol in this game is the limousine giving you a maximum win of 40x your bet for five of a kind on an active pay line. The yacht acts as a wild to substitute for any other symbol, in a bid to create a winning combo.

There are quite a few perks in store in this slot game, not least of all is its myriad of jackpots. For starters, there is the free spins round, which is activated by the scatter symbols. The scatter is represented by a bottle of champagne and two glasses. Land three of these anywhere on the reels to kick off the free spins round.

When this happens, you will need to click on one of the scatters to reveal the total number of free spins you’ve won as well as a multiplier. You can snap up to 5x in multipliers during this round.

Then there is the Bonus Round, which could lead you straight to the jackpots. Land three or more of the bonus wheel symbols anywhere on the reels, starting from the left, to trigger the bonus round.

The Bonus Round setup is relatively easy to grasp. You need to click on the ‘Stop’ button and wherever it comes to a halt, you’ll either win a cash prize or proceed to the next round in a bid to land a jackpot.

Just to be clear, your main aim here should be to land arrows to get as close as possible to the jackpot win. There are three progressive jackpots in total, which the closer you get to the top reel, the bigger the amount you’ll get paid.

Although the bonus levels are hard to reach, the same cannot be said for the free spins bonus rounds along with some crazy multipliers that boost your wins to ridiculous proportion.

It is evidently clear that there is a lot going on for Mega Fortune. When I first played this game, I found it stimulating thanks to its many features that weren’t standard back in the day. When playing it now, it still has a fun factor, but perhaps it’s my age, or even better my tastes, that have changed and want a game with more substantial features. But hey, each to his own.

Overall, it is an entertaining game, featuring free spins, bonus rounds, multipliers and wilds. Although it has all the features that you have come to expect from a modern slot game, it doesn’t quite have an original theme to it.

The maximum win you can achieve in this game is that of 2,162x your bet, which is only viable via the free spins round. Hit one of the progressive jackpots, and you can run to the bank laughing.

You never know with slot games. One moment you could be spinning the reels winning small sums, the next it could take you by surprise and seeing you walk away with thousands or even millions of pounds.

This game does not boast any clever features, but it prides itself on having a bright theme. Along with the right pinch of thrills, it has all the elements of a great slot game.

Browse casinos with Mega Fortune and other slots from NetEnt. Create an account and try the game for free before making a deposit.

You can play Mega Fortune in English, Finnish, Swedish, German and 20 other languages. 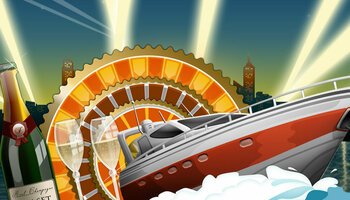