Be careful what you wish for with Midas Golden Touch. Based on the myth which saw King Midas given the gift of the golden touch, this 5-reel, 3 column slot has 15 paylines and multiplying wilds.

This slot is gorgeously designed. In the background, we see a marbled temple, to the foreground are the reels that turn golden during the bonus round. The slot is incredibly well thought out. From the superbly designed tiles to the background music to the animations, everything falls into place to create a beautiful slot experience.

The wild tile will substitute for any other symbol and will pay 75x with 5-of-a-kind on a payline. But there’s more! Any payline which includes a wild symbol will also have a multiplier added to it depending on how many wilds are on that payline. One wild tile will multiply the win by x2, 2 wild tiles will multiply by x4, 3 by x8, 4 by x16 and 5 by a whopping x32.

During the bonus game, any win will trigger a sticky respin feature. The winning payline is locked in place and the reels spin (for free) once more. This will continue until no more tiles are locked within a winning payline. Collecting 3 or more scatters in 1 spin (this also included the free respins with the sticky feature) will grant the player another 10 free spins.

The bonus game plays beautifully. It's incredibly satisfying, especially when I managed to fill almost all the reels with one symbol and get a pretty nice win, ultimately winning 121x.

After I went back to the base game I had a few other spins and I managed to get into the bonus round again. During this round, I hit another 3 scatters for a total of 20 free spins and ended up with a 141x win. After this, gameplay stabilised and the slot was slowly chipping away at my wins.

There are quite a few symbols in play so wins don’t come as often but even the low-paying symbols yield a good win. Even the lowest paying symbol (the Jack with 3-of-a-kind) will still win you the bet amount. The volatility is set between medium to high here and there is a max win of 10,100x. With its mechanics and gorgeous gameplay, there is no doubt that both casual and pro players will find something to enjoy in this slot.

Browse casinos with Midas Golden Touch and other slots from Thunderkick. Create an account and try the game for free before making a deposit. 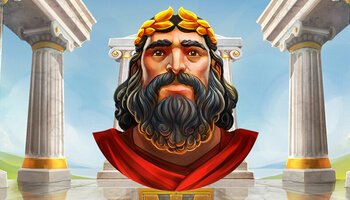