An online slot that goes by the name Middle Earth brought me to an Arthurian-like legend that involves sorcerers, dragons and a prized magic ring whose symbol can trigger a rather voluminous cash payout.

Middle Earth was made by Tom Horn Gaming, who had furnished it with a few extra features that can bring about a pretty surprise. The top payout of 10,000x your payline bet that can trigger with five ring symbols does not end there as the prize can be enhanced during the free spins bonus feature.

I was and am quite aware that big instant wins don’t come around so easily but Middle Earth is capable of making any winning outcome the subject of benign magic by way of the win multipliers. I think that some players will be put off by the lukewarm graphics, which shouldn’t warrant abandoning the game altogether. In fact, I think there is some charm to it and for this reason, it succeeded in holding my attention on more than one sitting.

I find the idea of exploring mysterious corners of our planet quite appealing but reaching a certain place requires packing up and going away. Argh. Sometimes it’s just better to delve into an epic fantasy tale, which is what this game reminds me of.

The theme has Arthurian characteristics in that there is a knight who is triumphantly holding his sword, who is joined on the reels by a sorcerer and by a maiden.

Middle Earth resonates with players who have a soft spot for epic fantasy tales and movies of that nature but I just can't find an adequate place for the oversized dwarf who has a double-headed axe and is wearing what appears to be a Panama hat, that is unless you get really really close and pop an eye capillary trying to figure out that it is indeed a helmet with a pair of horns.

As I said, the graphics have not aged well even though there are few animated high-paying symbols, which leaves a whole lot that are just sitting idly on the reels. I still think the game has a decent visual quality to it to last you through two or more free spins rounds.

In terms of extra features, Middle Earth can give you more than what is at face value and this is thanks to the two potential wild symbols. The base game has the magic ring as the primary wild symbol which is also the most valuable one on the paytable.

As for the results from the bonus, a couple of times the payouts were alright but one time I was treated to another set of three scatters so the win multipliers got extended for another ten rounds during which I scored a decent payout.

The payout structure is surprisingly decent and my Litmus test in that regard is to measure how many symbols you need to go up the ladder before you can get a return on your bet. Happy to say it, that symbol is the king-card and the number of matching symbols that you need for a 1x your bet win is three - quite decent in my honest opinion, as you can compare this with the paytable on any game that's released in 2020.

I think that the nine paylines and the low volatility had both warranted a more benign schedule of payouts and that's what the players get in Middle Earth. The high-paying symbols consisting of the epic heroes, unicorns and of the volcano can pay between 0.2x and 5x your bet for up to four symbols.

Getting five matching symbols from the high-pays category is always a reason to celebrate because your balance gets a boost of 10x, 15x or 20x your bet, but as I expected, these outcomes are not very common.

My expectations about this game were fulfilled within a few dozen spins. I was able to get many lower payouts and few payouts for four and five symbols of the same kind. The low-volatility mathematical model makes payouts a regular thing and even if these are for two symbols of the same kind, it is still a lot better to get something than nothing on your way to the bonus feature.

10 free spins are what you get plus the prize for triggering the bonus, which could be as high as 100x your bet in return for five scatter symbols, which is realistic but very hard to get.

On the other hand, the random win multipliers can work up some good payouts and this is where Middle Earth makes itself fun to play, so I can recommend the game to anyone.

Browse casinos with Middle Earth and other slots from Tom Horn Gaming. Create an account and try the game for free before making a deposit.

You can play Middle Earth in English, Finnish, Swedish, German and 22 other languages. 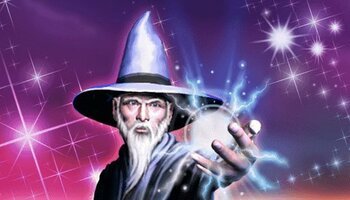