Money Mouse is unfortunately not an adaptation of the popular cartoon mouse but rather an interpretation of a popular Asian belief where the mouse is a symbol of good luck. This slot features a number of unique graphics as well as re-spins, Stacked Wilds and Flaming Reels.

Developed and released by Pragmatic Play in 2020, Money Mouse shows players a collection of relatively unique symbols mixed in with standard low-paying card letters. The card letters are drawn to fit the Asian style but still feel uninspired and rather lazy. The other symbols are much more original with the titular Money Mouse standing out especially.

The game has a 5-reel, 3-row playing field with 25 paylines. The background shows us a crowd watching the fireworks as the new year is welcomed. This included animations of fireworks exploding in the sky which I thought was a nice detail. Speaking of animations, there are plenty of those on the playing field itself too. Getting a win with high-paying symbols will trigger a few unique animations.

I found the sound design to be rather minimalistic and uninspired, with the standard Oriental flutes and soft drums playing in the background. The quality of the music was fine but you wouldn’t be able to tell it apart from the music in similar slots. Sound-effects were more fitting, with the Money Mouse giggling and other relevant sounds whenever a symbol was part of a win.

Speaking of symbols, Money Mouse features quite a hefty collection. This results in the game having Medium Volatility, granting wins every so often and making back several spins at a time to stay on top. I found my funds to stay pretty steady over my time playing, so don’t expect too many swings either up or down.

Players can pick a bet between £0.25 and £125 if they want to augment this somewhat. The max. win of 2,500x your bet is fine, not the highest but certainly not the lowest either. There are actually 4 jackpots at play in Money Mouse which can be won during the special feature.

The symbols you’ll find in this slot are:

Money Mouse isn’t a game that is heavily laden with features but it does have a few that alter the gameplay in pretty significant ways. The base game plays much like any slot machine, but the extra features can change this up.

The features in the game aren’t very difficult to understand, but it did take me a while to get a grasp on how and when to activate them. Most of the features are presented during the base game. The bonus game is simply the playing field where coin wins are added to the screen. When that happens, players receive 3 re-spins to try and get additional coin wins onto the screen. Once this fails to happen the bonus game ends, the total coin wins are added together and awarded to the player.

The free spins mode also offers nothing new. The game gives the player 5 free spins to play with. I found this mode to be very difficult to trigger and only had it activate a handful of times. When it did, the result was usually positive but nothing I would call groundbreaking. Never hitting the free spins mode, or alternatively hitting it a lot of times, probably won’t affect your funds that much.

The game isn’t very forward in using the other features either. During my time playing, I never saw the Colossal symbols, and the Stacked Wilds weren’t very common either. In that way, the game plays like a rather standard slot since only the bonus game appeared somewhat often.

I don’t think that was a bad thing since I felt like the features took the speed out of the game. Getting the features to appear too often would probably become very annoying, so having them spaced out meant that the game felt more active.

Money Mouse felt to me like a slot that used a lot of familiar tropes in its presentation. The game is steeped in red, which seems standard for Asian-based slots. The sounds are fine but also not overwhelmingly original. The symbols look good and are detailed, but don’t reinvent the wheel. All in all, Money Mouse is not likely to stay relevant based on its appearance.

I found the gameplay to be solid but rather uninspired. The features that are included were challenging to activate which meant that I was mostly stuck with the base gameplay. I found that to be rather dull, giving me little to do since there wasn’t a lot to look at either.

Players that enjoy the Asian theme and like a game with a lot of different features but don’t want them to show up constantly will probably find exactly what they’re looking for here. For everybody else, I don’t think Money Mouse will have a profound impact on them to have them remember it once they stop playing.

Browse casinos with Money Mouse™ and other slots from Pragmatic Play. Create an account and try the game for free before making a deposit.

You can play Money Mouse™ in English, Finnish, Swedish, German and 19 other languages. 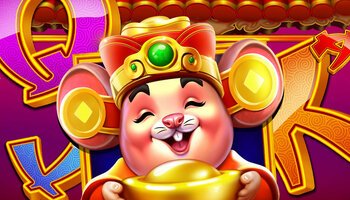