You don't have to be a fan of manga and anime to enjoy this game. Even though it involves three girly-girls, their superpowers can enchant the reel set with potentially magical winnings.

Moon Princess was made in 2017 but doesn't feel dated at all. Perhaps it is the manga style, which is immortal among a huge base of fans around the world, or the bonus features, but it is most likely both that deem the game fun to play and potentially lucrative.

Players can land winnings of up to 5,000x your bet in an ever-changing landscape that features the three moon princesses and their ability to influence the events on the reel set. At its core, this is a grid-based game that can generate multiple winning outcomes with the same bet.

According to the specifics of the avalanche payout system, matching symbols are deducted from the playing field and their places are taken up by the symbols above. Any succession of winning outcomes can throw the game into high gear where symbols link up with the princesses' magical orbs.

Even though I have zero fascination about this particular artistic style of Japanese graphic novels, I esteem the game for its perfect math model which pits the player against maximum variance, yet the 'waiting time' between wins is a lot shorter than the usual for this volatility level.

Design-wise, Moon Princess is one of Play'n GO's most endearing games. Despite being released in 2017 the game has been drawn in a way that makes it evergreen, even if the theme doesn't appeal to a broad span of slots players.

Moon Princess is about three Manga princesses - Love, Star and Storm, who appear on the right side of the screen, next to the playing grid. They levitate in space and perform their signature moves as they are casting magical orbs that can influence the strength of the winning outcomes.

The grid is always lively because of this. Each winning outcome is surrounded in light and the reel modifiers come alive in a gust of stardust and glowing light.

In addition to all the visual niceties, the designers at Play'n GO had made sure to include a rich musical theme that is filled with guitar riffs and electronic verses. Needless to say, it fits the Moon Princess gameplay perfectly and I've enjoyed both aspects of it.

Each Moon Princess has a special power that can trigger randomly following non-winning spins. This can alter the course of the events that may follow, which is what makes the game dynamic and fun to play.

For a game that's loaded with reel modifiers, I am surprised that there is a wild, which, of course, helps make winning outcomes when the modifiers skip out on you for that turn. The wild is also the highest-paying symbol with 1x, 3x and an amazing 50x your bet for three, four and five of a kind.

The princesses also pay decent amounts for five of a kind. Such outcomes are rare to see in the base game, but the likelihood increases with the triggering of the Trinity feature and during the free spins bonus. Nevertheless, five princess symbols pay 10x and a combination of any five pays 5x your bet.

There is a low-paying category but there is not much to hold onto in this regard, as the payouts are quite low and expectedly so because of the avalanche style of payouts.

Winning outcomes of up to 5,000x your bet are quite possible with the help of the confluence of features and the maximum multiplier value during the free spins.

This is what I have been playing for and I believe this is the reason why anyone would play Moon Princess. The high variance, on the other hand, makes it a game of patience, so just to be in the clear, a huge win may not necessarily strike regardless of whether you are expecting it or not.

At any rate, I've enjoyed playing this game and will continue to do so in the time ahead as it is one of the better grid-based slots out there.

Browse casinos with Moon Princess and other slots from Play'n GO. Create an account and try the game for free before making a deposit.

You can play Moon Princess in English, Finnish, Swedish, German and 30 other languages. 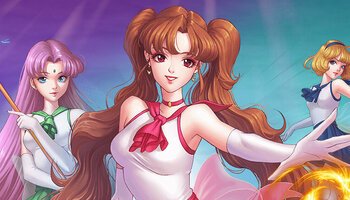