More Fresh Fruits is the follow-up slot to Fresh Fruits which came out only a little while earlier. This slot also features stylized fruit symbols in a classic format, with Wilds and Scatters to help the players out.

Just as the original, More Fresh Fruits was developed and released by Endorphina back in 2014. While it is a copy of Fresh Fruits in many ways, there are some subtle changes made to the format that gives it a slightly original taste. Just like the first slot, this one also has a 5-reel, 4-row playing field with 40 paylines.

More Fresh Fruits is better suited for high-rollers though, as it offers the opportunity of picking a bet between £0.40 and £400 per spin. There won’t be a lot of players that will go for the highest possible bet but doing so does allow for bigger wins. The max. win is 1,000x your bet, which is quite sizeable but not as large as some other slots offer.

When it comes to the graphics, this slot is only a slightly updated version of the classic Fresh Fruits. The same type of outlined fruits are used, this time with a bit more gloss and detail. Some of the colours have been tweaked slightly as well, making it look more lively. There are some new animations, mostly when the Wilds or 7s are part of a win.

The sound design is still as basic as it always is, except that a small beat is playing continuously during the game. I thought it did help a lot in setting the mood of a casual, simple slot. The sound effects for wins are largely simple jingles that I’ve heard in other Endorphina slots before.

As the name implies, More Fresh Fruits mostly uses symbols that are based on various fruits. There are some exceptions but even those are taken from classic fruit machines. It all makes for a familiar but rather bland experience, if not for the design choices regarding the symbols. The sharp contrast in colours does help the player quickly identify when there’s a win.

The different symbols include:

I found the symbols to look fine but I’m not sure it required an entirely new slot to show them off. The game has a good number of animations though and they make the game look a bit more alive, with different water animations to make the symbols look clean and enticing.

The features in More Fresh Fruits are unsurprisingly the same as the original Fresh Fruits. They aren’t too special but they help keep the game a little more engaging than if they hadn’t been there.

It’s not much but it fits the classic vibe of the slot which does a lot to resemble the fruit machines of old, with only a couple of updates to the format. The larger playing field and the additional paylines being the biggest difference of course.

The Wilds showed up regularly during my time playing and often aided in getting wins. They would also often help get multiple wins at the same time. Even though they’re not listed as a feature, the Wilds would frequently appear stacked, filling an entire reel. In rare cases, they would even fill multiple reels at the same time.

Considering the high number of paylines, the opportunity to get a win was also increased. The game has a listed Medium Volatility which fit my experience. The game does grant wins often but they have a very low payout and it requires the player to get multiple wins in a single spin. The stacked wilds do help with that but it’s not guaranteed.

As a result, I found my funds to slowly but surely trend downwards. Eventually, I was several hundred spins down, with no real big wins to look forward to that might get me back up to the starting point. The only possibility would have been getting the jackpot, but since the Scatter symbols were very rare this didn’t feel like something that was likely to happen.

All in all, the features are simple and unoriginal but they did help in granting some wins. Unfortunately, this wasn’t enough to compensate for the low number of wins in general. In the end, I found my funds to be drained quicker than they were filled, which had me running in the negatives.

More Fresh Fruits is an updated version of a game that wasn’t that old to begin with. The symbols look a little nicer and a bit more detailed but ultimately don’t offer enough to really justify the new slot.

Players who enjoy a bit more risk are able to bet higher amounts but for everybody else, the game is basically a clone of the original. Even the features that are included are the same. All in all, I felt like this was a rather unnecessary update to a game that already did exactly what it had to do.

If you want to play a classic slot with fruit machine aesthetics and some simple features, this might still be the slot for you. If you tried Fresh Fruits and liked it, this might also offer something. For players like me, that are looking for something a bit more innovative, I’m afraid there isn’t much to keep us playing this game.

Browse casinos with More Fresh Fruits and other slots from Endorphina. Create an account and try the game for free before making a deposit.

You can play More Fresh Fruits in English 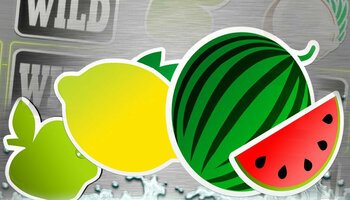