Travel back in time and try out the mysterious fruit machine. Mystery Joker is a classic slot with old-school mechanics.

Play’n GO wanted to relive the golden years of fruit machines and released Mystery Joker in 2014. Three reels, five paylines, fruit and that’s about it. Mystery Joker does add a little extra to the mix, but this is as classic as you can get.

Even though many of the old-school slots do feel a lot older than their modern counterparts, this seems to go a bit further. The visual design, especially on the user interface, is reminiscent of older flash games.

2014 was a good year for Play’n GO, but this slot felt like a filler. I mean, they released Gemix, Golden Ticket and Enchanted Crystals, which are all good-looking games. Mystery Joker felt to me like an outlier in a stream of quality products.

Mystery Joker is built to look like a classic fruit machine. The reels and the symbols all look fine, but the user interface feels a bit lacking. To me, it looks like they have just taken the buttons from an even older slot and slapped them on here. The game looks mediocre at best.

And then there is the music. If you just manually play the game, the same energetic song will start to play from the beginning every time you hit the spin button. It won’t play for long and you are going to hear it over and over again. You need to use the autoplay to keep the music going or simply mute the game.

The sound effects are forgettable and mostly unnoticeable. You hear a light whoosh when the reels start and a subtle click when they stop. What you will remember are the victory fanfares. They are numerous and loud. If you like the idea of a loud fruit machine in a pub, then this is the game for you.

Mystery Joker is a throwback to a bygone era of slots. I’m glad that games like these are made to preserve what we once had, but I’d hope the developers would put in a little more effort.

When you look at the symbols, you are immediately taken back to those old classics. There are only five regular symbols and one special scatter symbol. The joker’s hat unlocks the Free spin feature and hands out mystery prizes there.

The pay structure is built on traditional foundations. You always need three of the same symbol and the prizes are surprisingly close to each other. The game is a medium volatility slot, but that is mainly due to the free spins, which can skew your expectations a bit.

Payout from a single payline:

If you get three scatter symbols on the reels at any time, you get 10 free spins. You can even reactivate the spins during the free spins themselves. This will always give you 10 extra spins each time you do it. The maximum number of spins that can be played is 50.

Joker’s hat is also a mystery prize. During the Free Spin feature, you will get a random mystery prize if you get two scatter symbols. The prize is anything between 1 and 100 times your wager.

Mystery Joker is a bit of a mystery to me. I just can’t seem to wrap my head around it. It feels to me like it is older than it actually is. When it was released, Play’n GO was pumping out great games, but this doesn’t look like their normal stuff. I know that old-school slots feel older, but this is more than that.

This game seems to be somewhat popular, as it got a sequel. Mystery Joker 6000 takes the same base mechanics and adds a Supermeter to it, like in NetEnt’s Jackpot 6000.

Let’s forget for a moment what this game was like when it was released, and look at it with modern eyes. It is a classic fruit machine with simple mechanics, but there are better slots that do just that. Play’n GO’s later release, Fire Joker, for example, or even NetEnt’s Joker Pro do basically the same, but better. I know which ones I will be playing.

Browse casinos with Mystery Joker and other slots from Play'n GO. Create an account and try the game for free before making a deposit.

You can play Mystery Joker in English, Finnish, Swedish, German and 30 other languages. 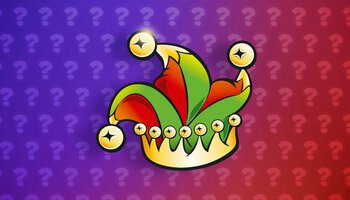