The Mystery Reels slot boasts a £500,000 maximum payout and the chance to uncover a mystery. I’m not one to pass up an opportunity like that, how about you?

My experience with Red Tiger slots has been a solid game experience, often improved by a few features that elevate the slot to something original. I appreciate that a lot and if the name is anything to go by, the mystery reels might be this game’s big draw. Built on a classic 5 reel, 20-payline framework Mystery Reels is going to be easy to get into for most players.

Diving right in, I’ll start with the graphics. Red Tiger seems intent on always providing us with clear, crisp images which I definitely appreciate. No blurry graphics in this game; everything looks like it was made for modern screens. Playing on a widescreen monitor, the game looked beautiful to me and got me totally absorbed.

The colours deserve special mention. The classic fruit symbols have been updated with extra detail as well as eye-popping colours. The entire slot basically jumps out of the screen and reminds me of the neon-saturated slots you can find in physical casinos.

As you play the game the reels rotate. The designers added different small animations to make it look more appealing. When you hit the bonus game there is a whole new set of animations to keep up your interest. I am honestly impressed at how much the developers managed to put into this game.

The game has a lowkey soundtrack that only plays while you’re spinning. It has a nice beat and a techno sound but it never kicks up unless you hit the bonus game. The built-up tension indicated that something big could be coming my way.

A slight disappointment was when I got a big win since the celebratory sound effect looped very quickly. Then again, I suspect too much would have become annoying, so it was probably the right call.

On the surface, Mystery Reels is a classic slot that uses a lot of familiar symbols. It’s mostly the features that offer a change in pace during gameplay. Using these classic symbols means that I was instantly familiar with them and I could focus on the game itself more easily.

Let's start with a quick look at the symbols and their value. If you’d like a closer look at them, the game itself also has the paytable available.

Onto the interesting special features! The first feature is the Mystery symbol that the game is named after. This comes in the shape of a golden apple with a question mark on it. The Mystery symbol can appear anywhere on the screen. Once it shows up it will pick a random number between 1 and 6 and start to extend itself outward based on the number it picked. Every space it occupies will get the same symbol which can result in some big wins.

Mystery symbol is definitely the appropriate name for this feature. I couldn’t tell what would happen when it showed up. Sometimes it wouldn’t result in anything but at times the randomness helped me get a win where I didn’t expect one. This unpredictability made it a lot more fun to watch.

Next is the Bonus symbol. Get one or more of these on your screen and you’ll get to play on the Mystery Wheel. Depending on how many Bonus symbols you have you get more or less free spins to play with but you only need one to get started! Always a welcome change in my opinion and it happened often enough that I felt it was the best way at getting nice wins.

An animation plays out on the screen before taking you to the Mystery Wheel above the reels. At this point, you are asked to click on the Spin button to see what you win. Things on the wheel include multipliers, extra free spins and even ways to increase the size of the multipliers. All of these stack up which is the way to get the really big wins.

I enjoyed my time playing Mystery Reels. It’s well made, using the classic slot format as a base and expanding on it. The bonus features are original but not too much so they distract from the slot. Having something to break up the normal play kept my interest piqued and coming back for more.

I can’t say Mystery Reels is terribly original but a lot of the best slots aren’t. I think the way the classic elements are combined with some new features create something that’s bigger than its parts and offers us a nice new way to play!

Browse casinos with Mystery Reels and other slots from Red Tiger. Create an account and try the game for free before making a deposit.

You can play Mystery Reels in English, Finnish, Swedish, German and 17 other languages. 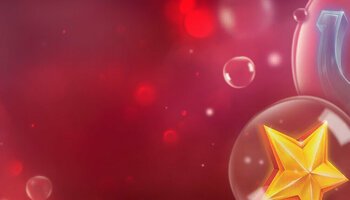