Mystic Orbs sets itself in an Asian setting where we are treated to a number of classic images, often related to Eastern traditions. The game features cascading reels, multipliers and a special free spins mode.

This slot was developed by Elk Studios in 2022 which have shown an interest in presenting new ideas in their games. Although their source of inspiration is in this case not very original, the way it is presented still gives us some new images. Players are shown a rock wall that seems to hide a door with a dragon engraved on it. There are also elements of a temple shown around the playing field.

Speaking of the playing field, the slot does not use the standard system of paylines. Instead, there are Cluster Pays mechanics at play here which trigger a win if 5 or more of the same symbol are touching. This can happen either horizontally or vertically. If there is a win the winning symbols drop away and make room for new symbols, possibly creating new wins.

The game looks good and presents a nice combination of more grounded colours and bright ones. The symbols are mostly all very colourful and easily distinguishable, even though they share the same shape. Wins result in a nice animated explosion before the cascading reels take their place. All in all, the presentation is fine.

Mystic Orbs has a number of symbols that can be divided into high- and low-paying symbols like in most slots. There are no card letters or card suits to be found though. Staying with the Asian theme, all the symbols are in some way inspired by the setting. With the use of colours, players won’t face an issue seeing wins quickly.

The game has High Volatility. Payouts for a single win are pretty low and players will depend on consecutive wins. There is the opportunity of activating multipliers, which I’ll discuss in the Features section. Important to note is the RTP of 95%. Where most other slots hover around 96%, this is considerably lower and means players will have a harder time coming out ahead.

To deal with the volatility and the RTP, players can pick a bet between £0.20 and £100 per spin. This does not affect the likelihood of a win but does of course influence the size of a payout. Smaller bets do allow people to play for a longer time. There is a maximum win of 10,000x your bet, a big jackpot when compared to most other slots.

The symbols found in this game include:

Mystic Orbs makes use of Cluster Pays mechanics and simultaneously adds an extra payline at the top of the screen. Here appear different symbols that can activate the various features.

These features in this game include:

Orbs are relatively common. They don’t appear every spin or even every dozen spins, but you will see them now and then. When they appear, it’s possible they activate a feature on the feature row since occasionally spots on the row are left empty. The features are generally quite helpful to the player.

Getting 5 or more Orbs on the screen activates the free spins mode. If an Orb appears under the Bonus symbol, that will also trigger the bonus game. Activating the free spins mode gives the player a persistent multiplier as well as bigger coin wins.

Mystic Orbs feels like an appealing slot with a lot of features that are integrated into the gameplay nicely. I did have to dive into the paytable to read up on the different features. I felt like I didn’t have a grasp on how it worked until I read the explanation. The game does not do a great job explaining itself organically.

However, once that’s clear it does make the game more entertaining. The Orbs aren’t very common so the features only play a moderate part in the game. The base gameplay itself doesn’t feel very interesting and without the Orbs, it starts to drag quite quickly.

If and when the Orbs do show up they often benefit the player in some bigger or smaller way. Getting the free spins mode to activate was tricky, but did offer me a big win. Obviously, this might not always play out that way.

Browse casinos with Mystic Orbs and other slots from Elk. Create an account and try the game for free before making a deposit.

You can play Mystic Orbs in English, Finnish, Swedish, German and 19 other languages. 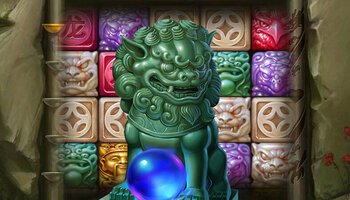