Narcos is the television show describing the life and death of Pablo Escobar and the subsequent War on Drugs that raged across North- and South-America.

This NetEnt slot, released in 2019, draws inspiration from this sordid tale of drugs and violence to bring us a high-octane thrill-ride. Following the life of Pablo Escobar, the reels are filled with different important players in his story as well as piles and piles of cash. With its 5-reel, 3-row playing field and 243 ways to win it sticks close to the classic slot layout, which leaves us to focus on all the other things this game has to offer.

The first thing that jumped out at me was the great-looking graphics. Even though this slot is based on a television show, the game has turned all the different elements into hand-drawn art. Even the different characters are drawn in a sort of comic book style, instead of choosing to simply use pictures. I prefer this approach, especially considering the setting of Miami and Colombia because I think it fits better.

The base game is set in a dusty town somewhere in Colombia. The background is usually a static image but sometimes dust clouds drift by or the reels are under attack from a drive-by-shooting. The symbols themselves are animated as well, especially when part of a winning payline. During the bonus game, we are transported to a high-security prison while the free spins mode takes place in an alley in front of a nightclub.

Compare this to other adaptions of live-action media that NetEnt has made. Vikings, for example, uses photos of the main cast as symbols. Planet of the Apes is another slot where the creators directly copied movie stills into the game. I think those look okay, but by turning the photos into drawings they make it look a bit more like a game. Considering the topic, I think creating some distance between reality and this slot was a good choice.

The sound design in Narcos deserves special mention. The music is a rather unsurprising Latin style that seems like an obvious choice for this sort of setting. It does sound crisp and clear and doesn’t distract. There are a lot of sound effects in the game, from the spinning of a revolver chamber to signify spinning the reels, to clicking on the different options causing shots to ring out. Every action you take in the game has an audible reaction which I thought made it feel more alive.

The game has different characters as the high-paying symbols. Since I don’t watch Narcos I’m not quite sure who is who but I’m sure they’re all relevant to the main story. The only one I did recognize was the actor playing Pablo Escobar himself. The lower-paying symbols are based on high cards but are prettied up with different items, such as guns, grenades and money.

All the symbols look great and share the same style. Getting any on a winning paylines shows them lit on fire. Meanwhile, the high-paying symbols have their own little animation when they’re dropping down as well as when they’re part of a win.

The features in Narcos aren’t very complicated but they do spice up the gameplay. Especially the Locked Up Feature and Free Spins mode take us out of the dusty streets and to some exotic locations.

During the base game, the most common special feature was the Walking Wilds. Even though not every Wild is one, they appeared often enough to be noticeable. The Walking Wild is sticky and moves to the left with every spin until it disappears off the screen.

The Locked Up Feature popped up relatively often, sending us to prison with Pablo Escobar. The screen would only show the Pablo symbols and the goal was to get as many Pablo symbols to touch each other vertically or horizontally to count. With each extra Pablo symbol added this way I’d get another 3 spins to try and get more. Each Pablo symbol had a random coin value. It was also possible to get special briefcases with a higher coin value to appear. Once the spins were depleted, the total coin value was added together and awarded as a win.

The Free Spins mode only appeared very rarely. It would transport us to the alley outside a busy nightclub and we’d see a shootout unfold in the background. The Free Spins mode begins with 10 free spins and after every spin, the game would pause. The shootout would flare up and every high-paying symbol would spin, possibly turning into a Walking Wild.

One thing I found interesting is that it’s not possible to add additional spins to the mode. However, if there is an active Walking Wild on the screen the game will automatically award you bonus spins until the Wild disappeared off the screen. At the same time, with every spin, it’s possible new Walking Wilds are added. In my time playing, I must have gotten at least 20 bonus spins this way.

Narcos is a very good-looking slot with a ton of details. Fans of the show will no doubt see a large number of references and characters they recognise from the show. Even as someone who has never watched it, the slot looks amazing and is clear enough to make obvious what is happening.

The backgrounds are all very animated, making it feel like a living world. The lower-paying symbols are a little uninspired but also very well made. Going into the different bonus features brought us to new places, expanding on the idea that this was an international event that touched many people’s lives.

The game has a High Volatility which stayed close to my experience playing this game. Even though small wins are awarded semi-regularly, the low payout per win means that it usually doesn’t pay off. It’s possible to choose a bet between £0.20 and £400 per spin which gives players the opportunity to risk more or less. With the prospect of a max. win of 3,645x your bet you’d do well to consider your options.

All in all, this game sticks close enough to the classic slot experience to appeal to most people while adding a ton of details and innovations for players that prefer something more modern. I would definitely recommend it, if you’re a fan of the show or not!

Browse casinos with Narcos and other slots from NetEnt. Create an account and try the game for free before making a deposit.

You can play Narcos in English, Finnish, Swedish, French and 11 other languages. 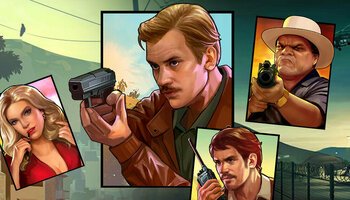