Niagara Falls brings us the classic experience of playing a slot in an old-timey establishment, enjoying the moving reels and the contemporary music as we play for some big wins.

Developed by Northern Lights and released on Yggdrasil's platform in 2019, Niagara Falls is an attempt by the developer to bring to life the classic slot experience on the digital screen. The game is made to resemble a fruit machine as it used to exist. Although the theme of the slot is Niagara Falls it’s clearly meant to look like a physical slot you could find in a pub or gambling house.

Since it’s based on the classic slot it has the usual 5-reel, 3-row playing field. A slight deviation from the original fruit machines is the fact the game has 20 paylines, making it more likely that you’ll get a win.

The slot looks good even though it doesn’t do a lot new. The game is pretty static, offering no animations or special bonus games. The background shows a wallpapered wall with a couple of old lamps, while the slot is decorated with abstract falling water decorations. If you want to feel like you’re physically standing in front of a real-life fruit machine, Northern Lights did its best to give you what you want!

I want to give a special mention to the sound design. Although it was subtle, the piano music that played fit the setting perfectly and conjured up images of an old school pianist playing a tune while people sat around talking and having a drink. Almost like it’s portrayed in Westerns.

As a classic fruit machine, Niagara Falls offers little variation in its symbols. The main additions are a special Niagara Falls symbol and the coin. From highest to lowest they are:

There aren’t a lot of features in Niagara Falls as it stays close to its roots but there are a few worth mentioning:

The Coin Feature is the most original aspect of this game and requires some extra explanation. Each reel randomly gets different bonuses at the bottom of its reel every spin. If there is a Coin on reel 5, the coin is slotted into the game at the top and it bounces organically down the reels. If it comes down onto a reel with a bonus at the bottom, that bonus is activated.

The possible bonuses are:

During free spins mode, the only bonuses shown at the bottom of the reels is Wild. If that shows up, the entire reel becomes a stacked Wild for the rest of the free spins mode. I thought that was an interesting idea but it did not trigger as often as I would have liked. In general, the free spins mode was relatively beneficial.

The Coin Feature and Cash Fall Feature are both quite a departure from the regular fruit machine gameplay, although I think Northern Lights did a good job integrating it into the setting. The idea is that the player uses a physical coin to influence the game, but I thought it doesn’t really make sense if they wanted to keep things close to the classic slot experience.

In general, I found the features to be rather confusing. I had to dive into the paytable to find out what the different bonuses did. It also added a lot of randomness to the game since there is almost no way to influence what is happening.

Niagara Falls is a strong concept that is, unfortunately, kind of wasted on a classic fruit machine. The idea of the waterfall as a theme invoked ideas that include cascading reels as they tumble off the falls. Instead, we get a static slot with very little visual going on. There are no animations save for the coin tumbling down the reels.

There was a lot of attention put into the presentation of the slot, bringing to life the physical fruit machine as much as possible on the computer screen. The music helped with that notion as well. Players that want to imagine themselves back in the pub playing a slot will definitely be able to do that with this game.

Niagara Falls has a High Volatility which is definitely noticeable. I found getting wins to be very difficult and it happened very rarely. Coupled with the low payout even with five-of-a-kind makes me wonder how the player is supposed to profit from this game. The Free Spins mode did help in getting bigger wins but since it was so rare to trigger it, it would often be too little too late.

It’s possible to choose a bet between £0.20 and £100 per spin and I would strongly suggest you use a lower bet for this game unless you have a lot of funds to play with. It’s likely you won’t see a single win for more than a dozen spins in a row if my experience is anything to go by.

I’m not really a fan of classic fruit machines so Niagara Falls didn’t click for me. I could still appreciate the time and effort they put into the design of the slot, but it did little to interest me when it came to the gameplay. Perhaps someone who is explicitly looking for the classic experience will get something more out of it!

Browse casinos with Niagara Falls and other slots from Yggdrasil. Create an account and try the game for free before making a deposit.

You can play Niagara Falls in English, Finnish, Swedish, German and 18 other languages. 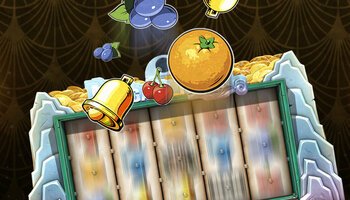