Nitropolis 2 is the sequel to the original Nitropolis, both of which take place in the titular dystopian city set sometime in the future. Enjoy a wide variety of animal gangs as well as free spins, expanding reels and wilds.

This game was developed by Elk Studios just like its predecessor, and released in 2021. The slot boasts some improved graphics but largely stays close to the gameplay of the original. There is a 6-reel, 4-row playing field on which to play, with a variety of different symbols that fill up the reels. We can once again see the different gangs represented by various animals, including pugs, Siamese Cats and Dobermanns.

In the background, we’re treated to a grand view of the city, with a distinct cyberpunk aesthetic. There are a few tiny animations to be seen, including flickering neon screens. Most of the actions happen on the playing field, where the various symbols can sometimes expand. Unfortunately, the wins aren’t animated at all with only the tiles themselves lighting up slightly. It was a bit disappointing as it would have brought the different characters to life.

I thought the sound was a bit of an odd choice. We can hear talking over a police radio which I found to be a clever addition, as well as the occasional gunshots in the distance. The music itself however is a very slow, rather laid-back electronic reggae song that feels quite far removed from the idea of a dystopian city ruled by gangs.

Nitropolis 2 needs a rather large variety of symbols to fill the playing field and it does so through a series of high- and low-paying symbols. The high-paying ones are the different animal gangs in the city, represented either through an image of a gang member or a wanted poster. The low-paying symbols are card letters, made to look like they’re spray-painted on the wall. I didn’t think it quite fit the theme but the way they look does help integrate them.

As can be expected from a game with a large number of different symbols, this slot has High Volatility. This means getting a win won’t be easy but when it does happen, they should pay out a little more when compared to other slots. In this case, I found my funds to slowly decline over time, meaning I didn’t quite get the bigger wins I was looking for to win back my spins.

Players can deal with this volatility somewhat by adjusting their bets. The game allows players to pick a bet between £0.20 and £100 per spin. Meanwhile, there is a maximum win to entice people to keep playing. This is a sizable maximum win of 10,000x your bet, which can be a huge sum when combined with a larger bet. Do keep in mind it’s very unlikely many players will ever hit this jackpot and nobody should count on it.

Nitropolis 2 comes packed with features, just like the original game. The features mostly augment the likelihood of getting a win which is why the payouts for longer wins are so low. The game assumes you will get a number of paylines to pay out at the same time whenever you do get a win. It’s very unlikely that you’ll only get a single win.

This all works about the same as can be expected from a slot. The Nitro Reels will act as multiples of the same symbol, meaning it is likely that a win will pay out much more than was originally on the screen. The other feature worth mentioning is the Nitro Booster. Each reel has a tile above it that can hold a random Nitro Booster:

Nitropolis 2 is a very obvious sequel to the original, taking the first game and improving on it in several ways without altering the gameplay. If you enjoyed the first Nitropolis, it’s likely you’ll also enjoy this one. New players might be a bit overwhelmed by the sight of it, as there is a lot going on at the same time.

Players will have to get a grasp on the Nitro Reels and Nitro Booster features first as those dictate a huge portion of the gameplay. While the game has ‘only’ 4,096 paylines with a standard playing field, this can potentially expand to 191,102,976 bet lines which is obviously a ludicrous number.

Either way, I found the gameplay to offer quick thrills and a steady pace through the game, with something constantly scrolling or moving. The wins lagged behind and I did end up in a deficit but I think players that are looking for something a bit more modern might have a good time.

Browse casinos with Nitropolis 2 and other slots from Elk. Create an account and try the game for free before making a deposit.

You can play Nitropolis 2 in English, Finnish, Swedish, German and 19 other languages. 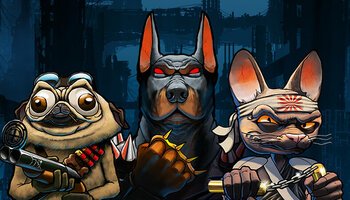