This slot was developed by ELK Studios and released in 2020, giving players a rather large 6-reel, 4-row playing field to start with but the game can increase in size through a number of features. As a result, the game can have between 4,096 and a massive 85,115,840 paylines on the screen at any one time. This obviously doesn’t happen often, but it is easily the biggest number of paylines I’ve ever seen.

The background of the game shows us the city of Nitropolis which looks to be a nasty industrial wasteland of ragged towers and endless pipelines and cables. The reels are fittingly dirty as well, coming off as weary and worn down. The characters are drawn in a cartoon style but with a realistic twist, making them look more surreal and dangerous. All of this creating a setting that is quite dark and mature.

When it comes to the symbols, Nitropolis has the usual separation between high- and low-paying symbols. The high-paying symbols are mostly the different characters that take centre stage in this game as well as the logos of different gangs, while the low-paying symbols make use of the standard card letters that are so popular in slots to fill out the reels.

The symbols all fill a single tile but there are Stacked Symbols that are 1x2 size with a single symbol appearing up to dozens of times on only 2 tiles. This is also why the game is able to have more than 85 million different paylines in the best-case scenario.

If you play the game, these are the symbols you can encounter:

When playing the game the player has to contend with a large number of different symbols and low payouts for even a six-of-a-kind win, which is balanced out with the various features and the massive number of paylines. As a result, the game lands on High Volatility. To deal with this volatility, players can pick a bet between £0.20 and £100 per spin.

Nitropolis doesn’t go out of its way to introduce a lot of features but the ones that are included are pretty special and will require some extra explanation:

Most of the game will take place during the base game, where the player is watching how the nitro reels might help create some big wins. This isn’t very likely though, which is part of why the volatility is high. To help the gameplay along, Wilds are pretty common and can also be part of Nitro Reels.

The main feature in the game is the Nitro Reels, which did take me a while to figure out. Essentially, a Nitro Reel is a 1x2 tile that can hold any of the symbols in the game except the bonus symbol. Whenever there is a win, the winning symbols will respin and become replaced by other symbols. Instead, Nitro Reels stay in their place and one symbol is discarded, meaning that getting 3 or more Nitro Reels together for a win will automatically guarantee a series of wins.

This isn’t explained very clearly in the game itself and while the paytable goes into detail about all the other functionalities around the Nitro Reels, it doesn’t actually explain the feature itself. This is all based on my experience with the game and the feature.

Nitropolis is a pretty dark and gritty slot, especially considering so many other ELK Studio slots are either pretty cheery or more neutral. This time, the designers went for a more grungy and dirty looking game which conveys a dystopian setting that most people wouldn’t want to live in.

The massive number of potential paylines might look appealing but the number is largely for show, with them being influenced by the number of Nitro Reels on the screen. It requires the entire playing field to be filled with maxed Nitro Reels to get to the biggest number, so players shouldn’t consider this plausible.

That said, the game offers a nice collection of features and has a max. win of 10,000x your bet which is actually quite high when compared to other games. If you were looking for a slightly more experimental game, Nitropolis might be for you.

Browse casinos with Nitropolis and other slots from Elk. Create an account and try the game for free before making a deposit.

You can play Nitropolis in English, Finnish, Swedish, German and 19 other languages. 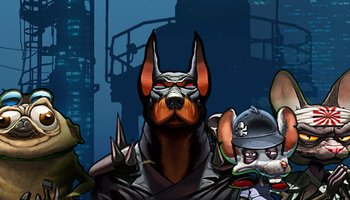