Paris Nights is a classic fruit machine which is inspired by the romantic, adventurous nights in Paris with its neon signs and iconic vistas.

Developed by Booming Games and released in 2018, Paris Nights is a classic slot that doesn’t stray far from the basic game experience while adding some interesting graphics to spice things up. The name and the symbols allude to a Parisian night, while the rest of the slot is cloaked in the dark. There are no details to speak of in the background as it’s simply a plain black.

The symbols themselves are nicely made, having a neon look to them with bright colours that help in creating the illusion of being part of the Paris nightlife. Some of the symbols are based on the expected fruit symbols while some are inspired by Paris. The layout of the slot itself is the usual 5-reel, 3-row playing field I’ve come to expect from Booming Games with a total of 20 paylines.

The graphics look bright and sharp which I definitely liked but we can’t pretend they’re exquisitely detailed or amazing displays of originality either. They keep with the theme very well and I suppose that’s the best thing we can expect.

Paris Nights has a series of symbols that can be divided into classic fruit machine symbols and original symbols. I thought both looked nice, although it was hard to tell which symbol was a Wild. There was no indication which was which unless they were part of a win because then the word Wild appeared on the symbol.

Getting a win is a pretty standard affair with the symbols involved lighting up briefly before the reels continue spinning. Because of the bright colour palette, it did make the different symbols a little hard to tell apart at times. Often I wouldn’t see the Scatter symbols unless there were 3 or more on-screen because they blend in with the other symbols.

There’s very little to talk about when it comes to discussing the features in Paris Nights. Since it emulates the classic fruit machine it also stayed close to their approach, with only limited features.

The stacked symbols sound interesting but I didn’t actually notice them at all while playing the game. Only when checking the listed features did I see them mentioned. In my experience, the symbols are sometimes stacked in groups of 3 and they sometimes stop to fill the reel with the same symbol. That’s a nice idea but in practicality, it’s almost impossible to tell this feature exists. It’s also extremely unlikely that they will ever help in getting any big wins.

The Wilds showed up fairly regularly during both the base game and the free spins mode. Since they’re random there isn’t much to say about them other than that the Eiffel Tower symbol wasn’t very eye-catching as a Wild unless I paid specific attention to it.

Finally, there are free spins. I was pleasantly surprised to note that they trigger quite often. I wouldn’t call it regular but they definitely showed up frequently enough for it to be interesting. The Low Volatility is showing with this feature as well, but I didn’t get more than 3 Scatter Symbols on the screen. Which is too bad, since the big wins were with the 4 and 5 Scatters.

All in all, the features are what I’d expect from a fruit machine. They are present enough to be noticeable but don’t impact the gameplay enough to be classified as interesting. I did like the special splash screen when there was a big win, showing an animated neon sign.

Paris Nights is a game that tones down the graphics and features to the level that they fit comfortably within the fruit machine category without literally being one. It all plays quite well and I found the overall experience to be quite pleasant.

Don’t expect any big surprises while playing Paris Nights. Players can choose a bet between £0.01 and £200 per spin while the max. win of 2,000x your bet is quite respectable. With its low volatility, it will be pretty rare to hit that though.

As usual, if you’re the type of player that enjoys simple slots with little features and a standard approach, this slot will appeal to you. Are you the player that goes for the most cutting edge, modern slots than you won’t find that here.

Browse casinos with Paris Nights and other slots from Booming Games. Create an account and try the game for free before making a deposit.

You can play Paris Nights in English, Finnish, Swedish, German and 23 other languages. 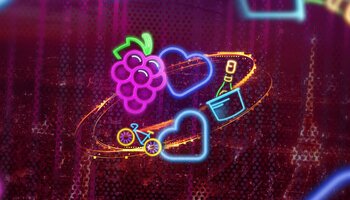