Photo Safari is set on the African plains where we are not armed with weapons but with a camera, hunting the biggest animals in the world for some awesome shots. We might even get an eye on the big prize.

This fun, casual slot is set among the tall dry grass of the African plains with a wide view of some of the mountains in the distance. The 5-reel, 3-row playing field is imposed over it but kept transparent so it doesn’t obstruct the view. There are a total of 20 paylines to win on.

The game was released in 2012 by Play ‘n GO which shows a little in the graphics. There are not as many animations as modern games have, but the cartoon quality of the symbols helps keep it from looking too dated. I also thought the background was really well done.

I thought the sound was based on African music with a lot of drums and a rapid tempo. It fit the setting well. Meanwhile, the sound-effects include different animal sounds when there’s a win as well as the camera shutter clicking when the bonus game was triggered. I did think the music got a little repetitive after a while as it loops after only a second or two when there aren’t any wins.

There’s a moderate amount of symbols but combined with the free spins and bonus game modes both triggering quite often it settles on Medium Volatility. I found the game to stay relatively steady around my starting funds, sometimes going above or below slightly.

Photo Safari isn’t a feature-heavy slot but the ones it does have were interesting enough to keep my attention. Players that prefer a slot that stays on the base game should be aware that especially the bonus game triggers quite often, interrupting the gameplay.

The Wilds are pretty common during the gameplay but they’re not especially interesting either. I didn’t find them to play a part in many wins. They’re more useful during the free spins mode since the Scatter symbol also substitutes as a Wild during that time.

I thought the Bonus Game was the best part of the game, where it gives players the opportunity to go on an actual photo safari. The player is presented with 4 likely spots they can snap a good picture of an animal. Picking 1 will present the picture which has either a set coin value or one based on the coin bet.

Players get to take a total of 3 photos which are then added up and awarded as a direct coin win to the player. Even though it interrupted the flow of the gameplay, the fact it was a coin win did help make up for it.

The free spins mode plays like the regular base game with the only exception the extra Wild symbol. I found this part of the game to be very hit-or-miss, sometimes barely getting any wins at all and other times granting some big combinations. In that sense, it’s very much the same as the rest of the slot.

The features are a good addition to the game but I don’t think they’ll make Photo Safari stand out enough compared to other slots. The presentation is good and I liked that the special features activated quite a lot, though.

Photo Safari is an older slot that has some older elements but definitely hasn’t begun to truly show its age yet. The gameplay is solid albeit pretty basic, which makes it perfect for people who enjoy a steady gameplay experience interrupted sometimes by a few free spins or the original bonus game.

If you’re someone who goes for highly experimental, very modern slots you probably won’t be satisfied by what this game has to offer. The gameplay is simple and even the bonus game doesn’t demand much of the player. The slot also has a regular playing field and no special features in how wins are counted. In most respects, it’s just a regular video slot.

Something that might entice people to try out this game is the max. win of 5,000x your bet which is a massive number, especially considering the medium volatility! To change the risk somewhat, players can pick a bet between £0.01 and £100 per spin.

Browse casinos with Photo Safari and other slots from Play'n GO. Create an account and try the game for free before making a deposit.

You can play Photo Safari in English, Finnish, Swedish, German and 30 other languages. 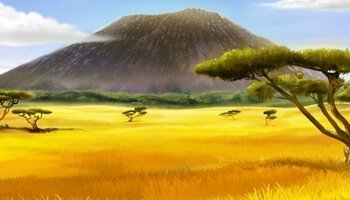