Here is a game whose title was probably inspired by the phrase "dirty rich." It’s called Piggy Riches and features a family of pigs who live in a mansion that can fetch a top price of 360,000 coins, or 24,000x your bet.

Piggy Riches has been popular among slots players since it was first released in 2010. This isn't such a big surprise because, for one, money is a timeless theme, and two, NetEnt has found a way of presenting all that lavish excess in a comic manner.

That makes flaunting bling bling more palatable, I guess, but what's more important is the fun-loving gameplay and the extra features.

Behind the veneer of the opulent McMansion, however, NetEnt has given Piggy Riches a standard layout of three rows, five reels and 15 paylines. And because few have become rich by working hard 9 to 8 (that is PM) and then throwing profuse soirees, bets start at one penny per payline, which amounts to £0.15 per spin.

With each bet, players stand a chance to trigger wins with Mr. Pig's wild symbol and a free spins bonus with Ms. Pig's scatter. Without the help of these status symbols, the base game tends to post payouts that are low-ish, so the more you see of them, the better it is for your stock in the Piggy Riches slot.

Poking fun at the rich has been a never-ending saga in the world of comedy and movies. That's what NetEnt are doing in Piggy Riches. You can hit a big win up to 24,000x your bet while spinning the reels that poke some good fun at the family of ‘nouveau riche’ pigs.

It’s all been done in an original manner. The set of high-paying symbols include a piggy bank, money bags, golden cards, keys to the mansion and a wallet stuffed with notes. Mr. and Mrs. Pig on the wild and scatter symbols spring to motion to enact a happy-dance about their infatuation with wealth, but that’s the pinnacle of the game in terms of design features.

The powerful estate of Mr. and Mrs. Pig can’t do too well without their say in the affair of playing Piggy Riches. Thankfully, both the base game and the bonus feature are given a boost by their presence.

NetEnt has given the game medium variance and a theoretical return to player of 96.38% which I think is the perfect set of stats for Piggy Riches' maths.

The base game in my experience hasn't been too eager to trigger wins with the high-paying symbols, but the wild helped with its 3x, which gives the low-paying royal cards the boost they need so they count for something other than peanuts.

I am not saying the low-pays are terrible, it's just that you start getting your bet back with three aces and four jacks. Any other winning outcome past this threshold results in bigger payouts, such as with four aces, which pays 3.33x your bet.

On the other hand, Piggy Riches the payouts in the picture symbols category are quite solid. There hasn't been a free spins bonus where I didn't get a win consisting of these symbols, which is the medium variance showing its face in the bonus game.

The most valuable symbol is the money bags, paying 133.33x your bet for five of a kind, while the symbol next to it, the gold charge cards, pays 66.66x your bet.

Piggy Riches has gained notoriety among players because of the multipliers and extra spins in its free spins bonus. I wasn’t disappointed with the base game either, thanks to a sensible frequency of hits, which do come in unison with the wild. Overall, I think this is a classic slot by now and players will come to it sooner or later.

Browse casinos with Piggy Riches and other slots from NetEnt. Create an account and try the game for free before making a deposit.

You can play Piggy Riches in English, Finnish, Swedish, German and 20 other languages. 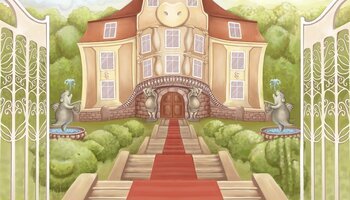