Pink Elephants is set on a mysterious desert that is flanked by some paltry looking trees. The game also includes a number of strange creatures as well as free spins and wilds for the players to enjoy.

The game was developed by Thunderkick and released back in 2017 but it still looks great considering its advancing age. The name of the slot doesn’t give a lot of hints and neither does the setting. The background shows us a strange desert with a few scattered trees standing around. The characters in the game also largely don’t exist. The 6-reel, 4-row playing field is also outside of the standard.

What we can depend on is the usual card letter symbols in the game to fill up the reels, as well as the 4,096 paylines as it uses a consecutive reels mechanic to determine wins. The pink elephant plays a prominent role in the game too. The graphics are very well done, offering a strange but intriguing look at some mythical place. Most of the symbols are also animated, whether or not they’re part of a win.

As can be expected from a slot like this the music stays quite mysterious and in the background. Only when the free spins mode is activated does it become more prominent but it still stays relatively out of the way. There are some sound effects but they don’t really enhance the experience much.

Pink Elephants obviously has a pink elephant as a symbol, shown to have glowing eyes and covered in mysterious runes. Historically, a pink elephant is associated with being drunk or under the influence of other substances which could explain it’s vague setting. That said, the symbols all look good, even the card letters that are obviously a strange fit.

Players that enjoy games with High Volatility will be right at home here as this game doesn’t make it very easy to get big wins. That said, it does let the free spins mode get triggered often. This is balanced out by the fact that these free spins are in no way a guarantee for big wins. I had them activate quite frequently but almost never walked away with something I’d consider a big win.

The game lets you balance out your risk somewhat by picking a bet between £0.10 and £100 per spin. Meanwhile, the jackpot is a nice 8,200x your bet which I consider being slightly above the average for high volatility slots. That said, I never felt like I got close to winning it, so you shouldn’t count on hitting that jackpot.

Pink Elephants keeps things simple with its features, not introducing anything spectacular and only slightly tweaking the basic gameplay. I did think it was fun to play, however, especially since the free spins mode activated often which felt like an addition.

The features you can find in this slot include:

The base game is very standard and will only involve spinning the reels like normal. Wilds occasionally appear that can help facilitate a win but other than that there is nothing to change the basic gameplay that you can find in most other slots as well.

Once a tracker is filled up, 1 of the 4 Mole symbols is replaced by the Wild Elephant symbol. This makes it easier to fill up the next tracker and also to create wins. This can continue for as long as there are free spins or until all Moles are replaced with Pink Elephants. At this point, all high-paying symbols are the same and should theoretically create bigger wins. In my experience, I would often only manage to replace a single symbol before running out of free spins.

Pink Elephants has an intriguing name and some weird, otherworldly visuals that make it seem like the name is somehow related. Unfortunately, this never really translates through to the actual gameplay.

I found the game itself to be pretty basic, with some standard features that barely impact the gameplay at all. The low payouts for all the symbols make it hard to get your funds into the positives and it relies very heavily on the free spins mode.

If you do manage to activate this mode that’s still not a guarantee for big wins. As such, I think this game is best suited for people that simply enjoy a nice-looking but basic slot with some features that might or might not appear.

Browse casinos with Pink Elephants and other slots from Thunderkick. Create an account and try the game for free before making a deposit.

You can play Pink Elephants in English, Finnish, Swedish, Norwegian 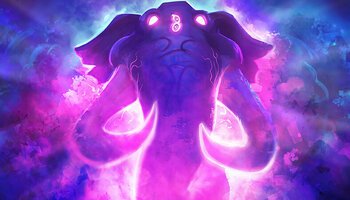