If enchanted woodlands and elfin companions are your bag, Pragmatic Play have you covered with Pixie Wings. This 2017 outing brings us ethereal butterflies and soft-focus elves with pointy noses and perfect hair, not to mention a win potential of 5,000x.

Will Pixie Wings soar majestically skyward as its name suggests, or plummet to depths of a fairytale abyss? It’s time to load the game and find out.

My first impression of Pixie Wings is that this game is hot. Not in a popular way. Not in a sexy way. This slot feels like it's burning out my retinas. Phew, I'll need to go on a 12-step blue light program after this. I actually had to lower the brightness of my monitor before playing this slot - light-sensitive folk among us be warned.

Glowing figures of fantasy in the form of an elven prince and flower fairy greet us on the game’s splash screen. Our elven prince could have been copied and pasted from a Lord of the Rings film while our fairy princess looks like she’s just been in a scrap with a rather aggressive rose bush.

A magical forest clearing is our setting as butterflies float by daintily and airy xylophone music fills our ears. This is more fun than a yoga retreat and twice as relaxing. Also, you don’t have to deal with hippies in harem pants discussing astral parasite removal, always a bonus.

There’s something hypnotic about this otherworldly release. Suitably escapist and effortlessly charming, it’s easy to be wooed by the atmosphere of this slot.

With a far from magical base game, Pixie Wings is heavy on the graphics and skimps on the features, but you can still enjoy a sprinkling of extras here. Free Spins and scatters are on hand to bolster gameplay in this otherwise slightly lightweight title.

To uncover Free Spins, simply land three bonus trees on any of the reels and be welcomed into a Free Spin wonderland. Added fairy dust comes in the form of super-stacked wilds during the Free Spins round. Land these little nuggets of joy and you’ll be enjoying reel-wide wilds for the rest of the Free Spins round.

During the Free Spins round, every bonus tree symbol awards one extra Free Spin.

Free Spins come complete with super-stacked wilds that function as wilds when they drop. Wilds come in the form of the Pixie Wings logo and substitutes all other symbols, apart from the bonus.

Autoplay, quick play and turbo play are up for grabs if you want to inject a little extra magic into your fairy-fuelled gameplay.

Medium volatility Pixie Wings has an RTP of 96%. 50 paylines give players more chances to win with a minimum bet of £0.50 and a maximum bet of £250.

Aside from the fairified royals, high paying symbols include the Green Princess, the Blue Prince, the Pink Queen and the Yellow King.

Not Quite a Fairytale Ending

I loved the attention paid to design in Pixie Wings. Sure, it looks a bit on the tacky side but the bargain-basement-psychedelic-barbie aesthetic is awesome. There’s something unpretentious about Pixie Wings, sometimes bordering on naivety, that makes it pretty endearing.

I didn’t find the gameplay offensively bad but it’s not a slot that I’d go back to. I feel Pixie Wings is a slot not particularly aimed at the demographic I belong to, whatever that may be.

While the minimum bet value might exclude players on a tighter gaming budget, the diminutive maximum win potential is also going to keep a lot of players away from Pixie Wings. If you’re a player who likes the possibility of big prizes, this slot probably isn’t your chalice of elixir.

As a relatively older slot, Pixie Wings will seem dated to some players. Slot technology, graphics and in-game features are developing faster than a slot reel on turbo spin. Unfortunately, Pixie Wings is an example of a game that’s been left in the dust.

Browse casinos with Pixie Wings™ and other slots from Pragmatic Play. Create an account and try the game for free before making a deposit.

You can play Pixie Wings™ in English, Finnish, Swedish, German and 17 other languages. 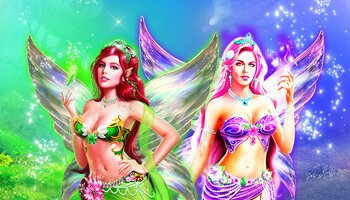