Nolimit City has a taste for making games that are rich in features. Poison Eve is one of the few exceptions, but the winning potential is not lost upon the game.

Poison Eve has a simple three-row, five-reel layout with 20 paylines.

Two distinct features can cast spellbinding winnings on the reel set in the base game and there is the bonus feature that improves the Return to Player percentage along with the winning potential.

Playing Poison Eve doesn't take you on a dynamic adventure, but quite the contrary. The gameplay is paced to fit a purpose and that is, playing the perfect online slot for a slow and lazy - preferably sunny day.

Overall, I think the specs wouldn't deter anyone from trying the game. A big win potential of 2,000x your bet can be won through two of its features. That's quite appealing, actually, along with the theoretical maximum of 6,091x your bet, from a single spin.

Poison Eve is the lead character in the game. She is a forest-dwelling human who appears to be one with nature. Her reel-high symbol makes you wonder whether the green attire is actually her skin, but whatever the case, her presence is always positive.

I enjoyed all aspects of the design. The special symbols can cause the reel set to light up in a pretty way. Close calls and winning outcomes are made known by the respective reels and paylines catching a sparkly sort of fire. Perhaps the standard symbols aren’t overly exciting, but they do fit the look and feel of the theme.

Lastly, the music. It feels as if it isn’t even there. But it is, except it was composed in a low-key manner that makes it unobtrusive. If you tune your ears to it, you’ll catch the calm vibe of a groovy ambient track. With that, I think Nolimit City has created a game that is well worth remembering.

With two of the features occurring in the base game, Poison Eve is well-positioned for potential big wins outside the main feature.

Consider the fact that one of the features can trigger a best-outcome combination of 2,000x your bet. I’d be delighted to get a quarter of that amount, but only time will tell.

This is the best type of Wild symbol. It doesn’t pay itself but it always comes expanded on the three middle reels. Sometimes you can get two on the same spin and certainly enough, the odds are there for getting three.

But there is a caveat and I am happy to share it. The outcomes machine behind Poison Eve isn’t overly keen on throwing Wilds too often. You can be served a spell of six, or seven, or more spins without a Wild.

I guess this is a way of balancing out the fact that this symbol always comes stacked.

Another rare event in the gameplay, but one that is part of it nevertheless. When Eve’s expanded symbol lands in full view on reel one, the game automatically converts all of the visible vial symbols into Eve. Mind that this is the top-paying symbol of the game.

There is also the potential outcome of getting this feature in combination with one or more full Wilds. The game can do that and it has done it in my experience, so I see it as an answer to the scarcity of Wilds following a quiet lull.

If five fully-expanded Eve symbols cover the reel set, the game delivers a major payout of 2,000x your bet.

The main feature of the game is activated when the Bonus symbol lands on the marked position on the fifth reel. Other than fulfilling this role, the said position has no other bearing on the game.

Nevertheless, in the event, the game randomly picks between 4, 6, 8, 10 and 12 spins. For the duration of the feature, you'll get an expanded portal on reel one and the standard special position on reel five.

Both the first and the fifth reels attract stacked matching symbols.

Unlike in the base game, the extra feature can connect winning outcomes for every stack of matching symbols and those that have posted on any of the rows in the middle.

What I find to be amazing about the feature is its ability to retrigger. You can get additional portals and spins when the bonus symbol lands in the marked position on reel five.

If you are looking for the max win potential - it is here. And what is more, Eve can land on any of the reels in her full reel glory.

Poison Eve is a highly volatile game with a grade of 9 of 10, according to Nolimit City. That's all good because the main punch is saved for the Liquid Magic and/or Flower Power features.

Trying the game out will set you back at least 20p per spin. No surprises there. The maximum bet is 100.00 pounds and the theoretical RTP is 96.08%.

The payout structure is surprisingly decent, despite the detail from above. Winning outcomes for three matching symbols don't fall below 0.25x your bet.

I think this is the case when slot players think, well, it could have been 0.10x your bet, like in some other games - San Quentin by the same company, for example.

At any rate, the real highlight regarding the paytable is that four matching symbols do, in fact, pay back your full bet or more.

Here is the schedule of payouts for three, four and five symbols times your bet:

Poison Eve is reputed to be a frequent pick for some slot players. I think the key element that makes it stand apart is the fact that a high volatile engine is slated against a paytable structure that is impressive. In other words, when you win big in terms of symbol combination, you also win big in terms of the actual payout.

Browse casinos with Poison Eve and other slots from Nolimit City. Create an account and try the game for free before making a deposit.

You can play Poison Eve in English, Finnish, Swedish, German and 14 other languages. 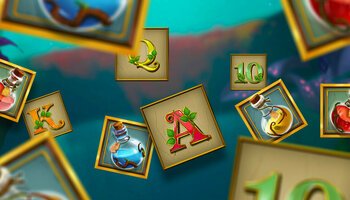