The Power Plant Slot offers an electrifying experience for players that are looking to experiment! It’s also a testament to Yggdrasil’s drive to shake up the idea of what a slot should look like.

With a massive 8 rows x 5 reels playing field and 82 paylines, it strays away from the more common measurements of a slot. Each spin results in 5 reels of symbols dropping down and attempting to make connections.

While the game looks pretty bizarre, the more I played it the more I realised it’s still a classic slot. I remember playing this game for the first time and being quite turned away because of how it looked but the familiar gameplay kept me engaged.

While Power Plant has a beautiful yet moody animated intro, and the background of the slot is wonderfully done, the actual symbols are very small and bland. They remind me a lot of those used in games like Mega Man on the Nintendo 8-bit.

To be honest, I didn’t like the symbols back then and I still don’t now. I can understand they have to be smaller because there is less room on the playfield but why did they have to be so uninspired? Especially compared to the rest of the slot, the difference in quality strikes me as odd. They also barely fit the theme of a power plant, including symbols for water, wind and nature.

In contrast, the sound fits nicely combining an electric beat with laser sounds and the occasional sound effect.

There are a total of 6 symbols and the Wild in the game. They are from highest to lowest:

One interesting thing I noticed is that it shows all the similar symbols that connect to each other as the reels come to a stop. This lets me instantly see which paylines are still in play. I wish more games would do this!

Although Power Plant tries to look different from other slots, it uses popular existing features that anchored the gameplay for me.

The Stacked Wilds appear almost every spin in my experience although they only rarely fill an entire reel. Having six different symbols made it rare to get a win without the aid of a Wild so it’s good that they show up regularly.

If the Feature Respin triggers, something new happens. It adds 2, 3 or 4 slots next to the playfield depending on how many reels were filled with Stacked Wilds. The game randomly selects modifiers to fill these slots before triggering a respin. I didn’t really understand what the different modifiers were so it also didn’t feel very interesting to see them pop up. I had to go into the Info screen to read more about them.

To save you from having to look it up yourself, the modifiers are:

I’ve seen the Feature Respin trigger occasionally and even though the modifiers can be nice, I didn’t think they were that interesting since it’s only a Respin and not a new spin. When I got nothing out of the initial spin except for a reel filled with Stacked Wilds, the modifiers only helped a little in getting something better out of it. It felt like a lot of effort for a negligible gameplay effect.

Power Plant is a slot that looks weirder than it plays. The graphics are rather mixed, with beautiful peripheral images but very blocky, small symbols that I didn’t care for at all because of a personal aversion to retro imagery.

Even though the playing field is shaped differently from what I’m used to it still plays mostly like a classic slot: the paylines run from left to right and it requires at least three-of-a-kind to get a win.

I stand by the game’s reported low volatility. The larger playfield makes it very likely to get a win but they are usually going to be small and consisting only of one or two paylines out of the maximum 82. Personally I prefer slots with medium or even high volatility because the excitement spike is bigger, but I can see why other people would prefer a steadier flow of small wins. In that case, Power Plant delivers.

The Feature Respin was nice but did not happen enough to really make an impact. Coupled with the fact it only triggered a single respin it felt underwhelming.

All in all, this game didn’t really scratch my gaming itch. The low volatility and the mediocre features left me aching for something a bit more exciting. Meanwhile, the small, ugly symbols quite annoyed me. I don’t think it’s a bad game, it just didn’t hit the right notes for me when it comes to what I look for in a slot. Which is too bad since I normally enjoy the games Yggdrasil releases!

Browse casinos with Power Plant and other slots from Yggdrasil. Create an account and try the game for free before making a deposit.

You can play Power Plant in English, Finnish, Swedish, German and 18 other languages. 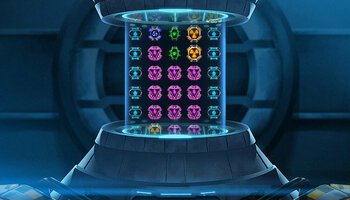