Prime Zone brings the slot to the sunny coast of America where its Florida influence is keenly felt. This game has a classic appearance that is updated to look modern, with random Wilds and free spins to give the player some opportunities at a big win.

This Quickspin slot was released in 2019 with graphics that fit the modern setting. Everything looks crystal clear and there are some subtle animations that appear when the symbols drop onto the reels. The background shows us a generic American city somewhere along the east coast. Players play the game on its 5-reel, 3-row playing field that is populated with the standard symbols that we’re all familiar with.

The game has a small number of paylines, 10 in total, which makes it harder to win. As a result, the slot has High Volatility and will usually require people to play for a longer period of time if they want to see any returns. The graphics are all sharp and colourful but I did miss something of an identity. The slot feels pretty generic when compared to what else is out there.

If the music was a way to add some uniqueness the developers didn’t jump on the opportunity. Instead, it features some generic techno song that plays softly in the background while the random sound effects almost drown it out. The spinning of the reels will block out most of the music that you can hear.

Prime Zone seems to want to stick close to the classic slot appearance, using standard symbols that we are all familiar with. They are updated slightly to fit the more modern times but this is also not unique when compared to other slots. It ends up feeling very familiar even when the studio hasn’t made that many slots like this. I think it’ll be unlikely a lot of players will be able to remember this game a few days after playing it.

When it comes to the symbols they’re divided between low- and high-paying symbols. Card suits come with a lower payout while the generic bells, sevens and diamonds offer a bit more in reward. Triggering the free spins mode, unfortunately, adds little in terms of ideas or gameplay as it plays almost exactly the same as the base game.

Players can choose a bet between £0.10 and £100 per spin to augment their experience somewhat. With its higher volatility, it's important to be able to play for quite a while, so most people should probably stick to the lower bets. I found the game to award bigger wins quite frequently but it was still difficult to get above my starting funds.

It’s possible to get the max. win of 1,076x your bet which is a nice number but does not compare well to other slots with similar volatility. Keep that in mind as you play, but I wouldn’t consider it extremely likely you’ll land on it.

As far as the symbols go, you can find these in the game:

Prime Zone keeps things simple and as such there aren’t that many features to discuss. Players that are looking for a modern slot that is emulating the classic slot experience will find this game to do a good job at it.

The base game plays like a standard slot, where the main goal is simply to get matching symbols on one of its paylines. Getting a win this way isn’t extremely hard and I did get some smaller wins this way, but it will obviously not be enough to keep your funds from going down.

One thing to note is that the wilds apply multipliers to their win. As a rule of thumb, each wild on a payline will increase the multiplier by 1. So having 3 Wilds as part of a win will mean a 3x multiplier is applied to it. This is also active during the free spins mode but there it is more actively explained and most players will be aware of it.

The free spins mode triggered quite often for me, having it show up at least half a dozen times in my hour of playtime. Although they are quite volatile I did manage to bring my funds up quite a lot through them. I can’t say there is any strategy to picking the way the wilds appear but obviously playing it with more risk will also mean higher potential rewards.

Prime Zone is unfortunately a rather standard modern iteration of the classic slot experience. It updated the graphics and added some flair but it did not inject any personality into the game. Even the title is confusing and ultimately irrelevant to the game itself. Players will be unlikely to remember this slot for very long after they stopped playing it.

The gameplay itself is solid. Even though I didn’t manage to win any big jackpots it kept my funds pretty steady and as such is a great way to pass the time if you’re just trying to relax. You don’t have to worry too much about your funds being drained within a few spins. That said, obviously, the high volatility does mean that it can happen and you should always keep an eye on it.

If you’re just looking for something familiar that you want to play once or twice and never think about again, maybe this will suit you. Players who are looking for their next favourite slot or who want to play something new and exciting might want to keep searching.

Browse casinos with Prime Zone and other slots from Quickspin. Create an account and try the game for free before making a deposit.

You can play Prime Zone in English, Finnish, Swedish, German and 23 other languages. 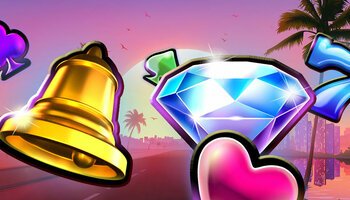