Quest to the West slot review

Play Quest to the West

Quest to the West lets us join the mythical Monkey King as he voyages westwards and goes rather wild in the process.

Themed around a classic 16th Century Chinese novel, Journey to the West, the slot was released by Betsoft to much fanfare in May 2020. The slot highlights one of the key characters from that classic eastern story, the Monkey King, who is the main focus of proceedings here. The pretty standard 3x5 grid here gives you 25 paylines to play with, all encased in a rather relaxing oriental scene, complete with distant mountains and waterfalls.

The overall look and feel is undoubtedly crisp and shows off the classic trademark cartoonish skills of the games’ developers, Betsoft. The background scene doesn’t play any great role in the game as such. That said, It’s still a nice touch to have the sun moving across the sky and casting rolling shadows on the scenery.

The music here is pretty much what you’d expect from a Chinese themed slot. The distinctive plucking sound of the Guzheng features heavily, which I felt was a bit repetitive at times. Things did step up audio-wise anytime I hit a win and especially when I triggered the main bonus feature.

All the symbols have very detailed graphics that tie in well with the theme of the slot, plus they all animate nicely when forming part of a winning combination. This helped me to see exactly what I’d landed each time a win hit and was a very nice feature to have.

Here are the symbols in order of win potential from high to low:

It felt like there was a good spread of symbols and rewards in this slot when I gave it a fair few spins.

The game centres around the Money King wild symbol that has the following properties.

Once the bonus game triggers, any Monkey King Wilds that are currently on the grid will burst open to become Walking Wilds. This means that they wander across the reels to the left, or west if you like, with each spin. I’ve seent his used effectively in a few other slots such as the Giffin Wilds in The Invisible Man from NetEnt.

If at least one Walking Wild is active on the grid then the reels will keep re-spinning, with any winning combinations adding to your total bonus round prize haul. If all the Wilds have walked off, then the bonus round is over and your winnings are tallied up.

During this feature, a ‘Meter of the Heavens’ appears to the left of the reels. Each Monkey King Wild, which walks off the grid, will help to fill the meter by 1 level. It will take 15 Monkey King Wilds to fill the meter completely, giving you an instant win of 1,000x which shouldn’t be sniffed at. I managed to fill it within 3 monkeys of this multiplier, but alas, no more Wilds appeared, and I slumped back down to the base game.

It’s possible to use Autoplay up to 100 spins and the max £80 bet. A nice touch here is that it displays the total cost, based on the spin and bet level selected before you start playing.

The game has a very high RTP of 97.53%, which is a pretty rare find in slot games these days. The volatility is said to be medium here, but it certainly felt high, to begin with when I had about 25 spins in a row with zero wins in any form. However, this all changed once I triggered the Quest to the West feature and the Monkey King Walking Wilds started working their magic. The Walking Wilds are certainly fun and landing more Monkey King Wilds to keep the feature going was quite a thrill.

Quest to the West is certainly another solid release from Betsoft and has all the graphical hallmarks of their friendly-looking cartoonish slots. My only concern is that there’s not enough going on here beyond the Quest to the West feature around which the game is based. It feels like a one-shot deal at times with a lack of any multipliers or a traditional free spins round. I felt my interest drifting away after I’d triggered the main feature a couple of times. Given this plus the generous RTP here, I’d say that this slot is one for casual players rather than anyone looking for long term play.

Play Quest to the West for free

Browse casinos with Quest to the West and other slots from Betsoft. Create an account and try the game for free before making a deposit.

You can play Quest to the West in English, Finnish, Swedish, German and 19 other languages. 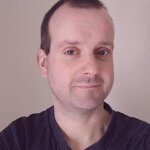 Charlie has worked in the casino industry for over 3 years, spinning thousands of reels along the way. He’s a pro at weighing up any casino game, site or bonus. Charlie loves free spins and tasty biscuits. 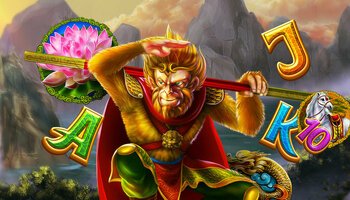