Rainbow Wilds is a cute-looking slot by Iron Dog Studio that takes us to the lush fields of Ireland where we are greeted by some leprechauns as the reels spin. Expect stacked wilds, cascading reels and a free spins mode to keep us entertained.

This game was released in 2018 by this up-and-coming developer and they have taken a very popular concept. Fortunately for us, they did manage to create some appealing visuals and tried some original additions to help it stand out. This game includes some very nice graphics, which starts with a number of cartoon leprechauns flanking the 5-reel, 4-row playing field. Instead of wearing the usual top hat and wood pipe, they look more like Peter Pan with red hair.

While the symbols in the game also feature some standard Irish representation, most of it is based around different types of berries. These are mostly distinguishable by their colour as they all look very similar. In the background, we can see a giant lake surrounded by gentle green hills. The symbols are unfortunately not animated but do drop away as part of the cascading reels feature.

A slot like this obviously also needs a magical soundtrack and that’s included. It is a bit hard to hear since the music plays softer than the sound effects but I could make out some distinctly Irish musical elements. Players will also be treated to some rather bombastic jingles whenever there’s a win on one of the 1,025 paylines.

Rainbow Wilds obviously includes Wilds that incorporate the colours of the rainbow. Other symbols include the aforementioned berries, gold birds, harps and horseshoes. They’re all pretty familiar to most players and although the design is originally created for the game, the creativity isn’t exactly jumping out at you. I reckon that it will be rather tricky for this slot to stand out from all the other Irish-inspired games.

That does not mean the game looks bad as all the graphics are sharp and the various details are presented in an appealing way. There is a free spins counter in the top left disguised as a four-leaf clover. Get 4 wins on a single spin and the free spins mode is activated. With High Volatility, players will need to depend quite heavily on this part of the slot as the regular wins aren’t very substantial. It is possible to augment your bets by picking one between £0.50 and £40 per spin.

Another element that would be good to know about is the jackpot, which is a maximum win of 7,500x your bet. Players shouldn’t hold out too much hope of landing on it, but even with the minimum size spin that would still be a substantial sum. In my experience, my funds tended to stay in the positives but just barely, with the free spins mode activating exactly often enough to help me hold on to a small profit.

When it comes to the symbols, the game features:

Rainbow Wilds keeps things relatively simple when it comes to the features included in the game. For a brief overview, here’s the list:

I think most of the features largely speak for themselves, so I will take a better look at the free spins mode. Using the cascading reels feature, the game requires you to get at least 4 winning combinations in a single spin for the free spins mode to activate. However, it is possible to get more than 4 wins in a row which will increase both the number of free spins and the multiplier that is applied to the mode.

Rainbow Wilds is a nice-looking slot that uses a very popular setting to base itself around. I think it did a decent job at not falling into too many stereotypes but at the same time, it still felt very similar to all the other slots that douse themselves in green and add four-leaf clovers to everything.

The features aren’t exactly something I’d consider revolutionary but they obviously don’t need to be. Having the cascading reels tied to the free spins mode is something that can end up both a detriment or a boon for players. It could technically mean back-to-back free spins, but it might as well translate into zero free spins for an entire session.

I found the volatility to be pretty stable, even though it's high. The payouts for most symbols are good enough to pay back several spins and the higher winnings that occur during the free spins mode are often a way to get into the positives. Obviously, you can never expect it to work out this way so starting off with lower bets is always advised.

Browse casinos with Rainbow Wilds and other slots from Iron Dog Studio. Create an account and try the game for free before making a deposit.

You can play Rainbow Wilds in English, Finnish, Swedish, German and 23 other languages. 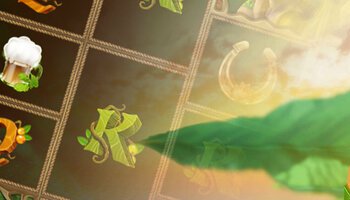