Red Chilli Wins is a variation on the classic fruit machine where the regular fruit symbols are spiced up with hot pepper that might kick the game into overdrive. This slot also features Pays Both Ways, Stacked Wilds and Multipliers.

Even though the idea of using chilli instead of regular fruit as your inspiration for a fruit machine, the fact there is only one changed symbol in Playson’s 2019 slot Red Chilli Wins is quite disappointing. I would expect a larger collection of different peppers and spicy condiments to fill the reels but no, it all stays very close to the familiar fruits.

The game comes with a 5-reel, 3-row playing field with 9 paylines. The main difference from the basic gameplay you’ll find in other slots is that the paylines count both ways, from left to right and vice versa. The symbols look fine as cartoony, simple drawings with no special effects or unique animations. Whenever there’s a large win the tiles light up with flames but that’s about it in terms of fire and spiciness.

I’m afraid there isn’t much to mention when it comes to music either. The problem with a game trying to emulate a popular generic setting is that there is really nothing to draw from and it shows in this slot. There is no real music to speak of except a short jingle during a win. Most of the time, players are treated to a dull rattling as the reels spin and nothing else.

Red Chilli Wins has very little to offer when it comes to eye-candy. The symbols in the game are all familiar to anyone that has ever seen or played a classic fruit machine, except for the titular Red Chilli. The symbols are easy to tell apart but it’s not possible to tell them apart based on their value. It’s unclear which symbols to look for except when having a glance at the paytable.

For convenience’s sake, here are the symbols sorted in order of value:

There aren’t a lot of different symbols here, but the game also doesn’t have a lot of paylines. This causes the slot to end up with Medium Volatility. Expect the game to spend a long time not granting any wins, and for any standard wins to pay quite well and make back a bit of the coin you spent.

During my time playing though, I did notice a very steady trend downwards which never felt like I was going to make it back. The game lets players pick a bet between £0.20 and £100 per spin to augment the risk somewhat but I would recommend betting low. The max. win of 7,575x your bet is quite high but will require everything to go perfectly.

As the rest of the game will probably imply, there aren’t a lot of features here either. The ones that are here change the standard gameplay in little ways but there is no bonus game and there are no free spins to take the player away from the base game.

The Wilds are probably the most interesting feature in the game but they don’t appear very often and when they do, only show on reel 3. Since there aren’t a lot of different symbols, the odds are good that getting a Wild on reel 3 will trigger a win, but it’s obviously not guaranteed.

The Pays Both Ways mechanic also came in handy a fair number of times, often creating a win on reels 2, 3 and 4. Still, with only 9 paylines in total, there aren’t a lot of options and thus symbols have to appear in very distinct locations. I found this mechanic to be the least useful as it only activated occasionally and would not be a guarantee for any big wins.

Finally, there is the Multiplier element. All the Wilds have a multiplier associated with them of either 1x, 3x or 5x. The fact that it can have a 1x multiplier is already a mark against it, coupled with the fact that the Wilds are also relatively rare. It all makes the game less likely to offer any substantial wins.

In general, the features are basic and about what you can expect from a fruit machine variation. I didn’t really enjoy them but they would have been more fun if only they appeared more often. The fact the game plays coy with them is what irritated me.

Red Chilli Wins is a very standard fruit machine that uses no creativity at all to change the symbols somewhat or implement some unique design. Instead, there is the usual collection of fruit symbols with one special symbol. It all feels very simple and uninspired.

The features are in theory fine but they don’t appear often enough to make up for their simplicity and they make getting wins unnecessarily difficult. They do operate well when they do appear, it’s mostly the frequency that annoyed me.

Players that enjoy the classic fruit machine might get some enjoyment out of it but there are other slots that do the same thing, but better. The developers had the opportunity to use some creativity and have this game stand out a bit, but instead, they chose not to do anything with it.

Browse casinos with Red Chilli Wins and other slots from Playson. Create an account and try the game for free before making a deposit.

You can play Red Chilli Wins in English, Finnish, Swedish, German and 19 other languages. 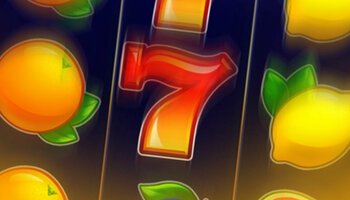