Red Cliff is based on the historic Battle of Red Cliffs, where two warlords fought at the end of the Han dynasty. The battle is marked by its great historical importance and it now serves as inspiration for an action-packed slot.

This slot was developed by Evoplay Entertainment and released in 2017, sporting a 5-reel, 3-row playing field with 25 paylines. The game looks great, something I’ve noticed Evoplay is generally good at. The background shows a part of the massive battle, with one side showing the beach where massed troops are waiting for the other army to arrive by sea. I thought it was an excellent visual to establish the setting and set the mood.

The game is filled with original symbols, some of which are characters and others are items that were common during that time. The different special features, usually in the form of Wilds in different shapes, add to the idea of being involved in heavy combat. Keeping all the symbols in line with the theme also helps immensely with the immersion.

The music isn’t quite as immersive as it is very toned down and playing softly in the background with short stingers when there’s a win. I would have expected some sounds of battle to reinforce the idea of being at a battlefield but instead, it is very calm music.

The symbols in Red Cliff are all unique and made to fit the setting. There are slight animations whenever symbols are part of a winning payline, such as the birds moving their head or a sword being unsheathed. These sort of small details are always nice to see as they make the game feel more alive. The rather large number of different symbols and the lack of Wilds during the base game do result in a High Volatility.

Even though the game has high volatility, the win per payline is still very low, assuming you will get big wins during the free spins mode. I found this to be rather unlikely during my time playing, resulting in a steady but inevitable downward trend in my funds.

The features in Red Cliff are quite interesting even though they are also rather simple. I didn’t find them to occur very often but surprisingly the free spins mode did trigger regularly. The features included in the game are:

The three main features during the base game, namely the Cleave Hit, Savage Blow, and Laceration Hit are ways for the game to add some Wilds or identical symbols to the playing field. Although it is theoretically very helpful, I found it to appear very rarely during the base game and it was not always beneficial.

They would show up somewhat more regularly during the free spins mode but there was no guarantee and it also didn’t always award me a big win. There were times where a free spins mode of 5 free spins would pay me fewer coins than I would normally spend on a single spin.

In that regard, the slot sticks close to its high volatility but it also means that even during the free spins mode the player isn’t guaranteed they’ll see a sudden increase in their funds. It’s really a matter of sticking to it and hoping that by the law of averages you’ll end up with a big win at some point.

Players can pick a bet between £0.10 and £100 per spin to try and balance the risk with the reward. The max. win is an impressive 4,825x your bet but as mentioned before, I never felt like I got close to a win that big.

Red Cliff is a very nice-looking slot with a lot of details put in both the background and the playing field. The symbols are animated and all original, while there are enough other moving parts to keep players interested. The music was a little understated in comparison but I still enjoyed it well enough.

The game has a few features that don’t show up enough to really feel worthy of your time, with them only appearing a little more during the free spins mode. I did like that the free spins mode activated quite often and it wasn’t too difficult to get to level 2. Still, it also frequently happened I only made back enough coins for 1 or 2 regular spins.

Players that enjoy nice graphics and animations and a strong setting will have a good time playing Red Cliff. There is a lot to see and explore. If you enjoy a rather simple, classic slot experience you’ll also get a kick out of this game. The features it does have are spaced out so much they hardly impact the gameplay at all.

Browse casinos with Red Cliff and other slots from Evoplay Entertainment. Create an account and try the game for free before making a deposit.

You can play Red Cliff in English, Chinese 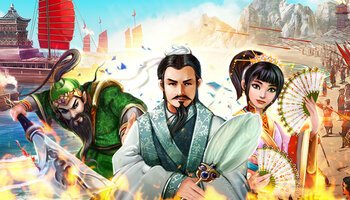