If you aren't afraid to play with fire you can fire up the stovetop and start sprinkling on your secret ingredients. If things get to the Red Hot Slot level, it means that most people aren't going to survive your dinner because you've put enough chilli in the mix.

Cooking has definitely become a sport. Watching chefs like Gordon Ramsay bullying people into 'getting it right' can be a lot of fun, but if you take up cooking at home and you don't have much experience, let's just say you must never throw water inside a pan that's caught fire. Ever!

Red Tiger selecting a burning pan for their most valuable symbol rings some bells over on this side of the screen. Whew, it was a close call that one time. Let’s just say I learned a valuable cooking lesson on my own and all was well at the end, except the stir-fried vegetable noodles.

On the other hand, I can share my impressions about the Red Hot Slot because I've found it to be a game that can bring tasty payouts to the table. The ingredients are diced on a chopping board of three rows and five reels and everything is mixed together across 20 paylines.

‘Red Hot’ may hint at a classical slot that has the ‘burning seven’ symbol as the main symbol, but the game is all about the chillies and payouts that can reach more than 2000x your bet. This figure does not include the progressive jackpot possibility, which is part of the Daily Drop network of jackpots.

Red Tiger Gaming has tapped some fine East Asian cookbooks for inspiration because the game's symbols make a portrayal of that cuisine. I am impressed with the artwork around the symbols as each one grasps the succulence of dishes made with chunky chilly.

Even the low-paying cards' symbols have been treated to a renowned form of art found in the far East. You can notice the broad strokes made by a steady calligrapher's hand, or more likely, the steady hand of a master graphic designer.

Strangely enough, the music does not echo Asian tradition and I think a peaceful flute and string melody wouldn't have fit the high-paced rhythm of Red Hot Slot. Instead, Red Tiger Gaming has seen to a melody that is more Flamenco in nature than Madame Butterfly.

The set of features is absolutely mint, but something’s got to give, and that is the paytable. This is where Red Hot Slot strikes up a balance because it would’ve been unrealistic for a jackpot slot with these features also to have a very strong payout structure.

On the other hand, Red Hot Slot has some decent payouts in the high-paying category of symbols, but only if you manage to get four or five of a kind because the chilli dish, the bundle of chillies and the pot on fire pay 1x, 2x and 3x.

The other two payout levels can rake-in between 2x and 24.4x your bet. The only exception is the wild symbol which can pay 5x, 15x and 44.4x your bet for three, four and five symbols on a payline.

So it becomes obvious that the strength of the winning outcomes depends on the game’s features. For starters, the wild comes stacked on the reels very often, which can help make more than one payline win. The random features can bring about some lucrative wins when they trigger, but the Armageddon feature isn’t one to be seen triggering too often.

Overall, Red Hot Slot is definitely fun to play and it is part of the Daily Drop Jackpot network, which is a plus. On the other hand, if you are looking for a big win possibility, the game is not keen on triggering those in the base game, so it’s best to first give the game a try before splurging with the bets.

Browse casinos with Red Hot Slot and other slots from Red Tiger. Create an account and try the game for free before making a deposit.

You can play Red Hot Slot in English, Finnish, Swedish, German and 18 other languages. 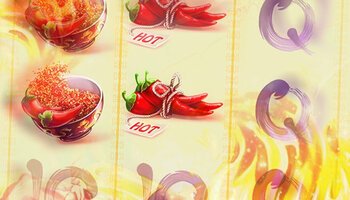