Reel Hero brings the player to a neon-soaked playing field where slick graphics and a techno soundtrack precede a slot with some exciting features. The game includes a bonus game, free spins and walking re-spins.

Developed by Wazdan in 2020, this game is one of the studio’s most recent releases and strives to show players what they are capable of. The game is set on a 5-reel, 3-row playing field that uses a lot of stark neon colours to give it its own vibe. There is a clear direction the designers went in and I think they did a good job at making it come to life. There are 20 bet lines in total on which to get a win.

The slot’s symbols aren’t as original as their implementation. Even though all the symbols are designed to fit the cyberpunk aesthetic, the symbols themselves are simple card letters, Bells and Sevens. The originality of the design is probably easier to digest for players when it is built around the familiarity of symbols that everyone knows.

Obviously, there is a soundtrack that goes with the special neon style and it is a rather toned-down electric song that plays for most of the base game. I would have expected something a bit more energetic and even though that does happen while the free spins mode is enabled, most of the time we’re listening to something that sounds more like a standard electrical beat.

Reel Hero has an original name which is mostly based around the 4 characters that are posted at the top of the screen and which can be enabled when the player collects enough of the appropriate symbols. Each hero then triggers a special feature for a series of spins. These characters appear on the side of the screen and are animated, shooting their arm cannon or hacking the slot in some way.

The symbols themselves do not have the same kind of animation and interactivity as the game. They are mostly static, only lighting up when part of a win. The animations here are often still somewhat relevant to the symbol itself, except when it’s a card letter. They did carry through the digital computer effects well though, making it seem like glitches.

Speaking of wins, the game has Medium Volatility as wins are somewhat likely to happen but aren’t often very big. As a result, I found my funds to drop slowly but steadily. Larger wins are mostly hidden behind the free spins mode, which I found to be hard to activate. The 4 special characters help somewhat in creating wins but then it still isn’t often enough to create a large win.

Reel Hero uses a small number of features, but there are 4 heroes that each provides their own bonus to the game. The main features are:

The Heroes all have their own bonus. Once they are activated, they do the following things:

Since up to 2 Heroes can be active at the same time, this can turn into some very interesting combinations. My favourite was Rich and Altiera, with Altiera adding random Wilds and Rich turning them all Stacked. This obviously did not happen often, but getting any one of the Heroes to activate wasn’t particularly difficult. Just play for long enough and it will happen automatically.

The free spins mode in comparison was a lot harder to activate and I only saw it get triggered once. It’s possible to win additional free spins during this mode, which can help it last a little longer. When the free spins mode is activated, two random Heroes are triggered which will stay active for the entire mode.

Reel Hero shows players that Wazdan has some potential hiding in its ranks, especially when it comes to their designs. Even though the game does little to move away from the standard symbols, they do show a willingness to take these standard symbols and adapt them to the setting that they choose. The design looks great and I wish they had shown a bit more creativity to really give it its own style.

The gameplay is quite entertaining and I believe most players won’t have any problems getting started. The four Heroes offer some variation to both the base game and the free spins mode. Speaking of the free spins mode, even though it’s tricky to activate, once it starts it will likely offer players some big wins.

To deal with the volatility, players can pick a bet between £0.20 and £100 per spin. The max. win of 1,050x your bet is actually a little small comparing it to other slots with similar volatility. I don’t think a lot of big rollers will appreciate this, but it’s perfectly fine for the casual player.

Browse casinos with Reel Hero™ and other slots from Wazdan. Create an account and try the game for free before making a deposit.

You can play Reel Hero™ in English, Finnish, Swedish, German and 15 other languages. 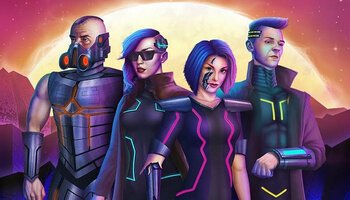