With a name such as Reel Rush, you’ll be forgiven for thinking this was yet another fruit machine. At first glance, it has all the elements of a classic slot game, except that it is not. As you know by now, I’m quite nostalgic of the past, especially for old-school computer games, so when I first laid eyes on this game, I thought “Super Mario”. It enjoys and depicts the same background as that of the classic video slot.

Multi-coloured yet funky in style, this game comes with plenty of surprising rewards and a less than conventional reel setup. Besides looking like a Nintendo GameBoy product, it also enjoys an 80s retro videogame music playing in the background. Although the music sounds dreamy and almost lull you to sleep, once you hit a winning combo, the music becomes more upbeat.

The background of this game works pretty well with this game. With curved shapes for hills and trees, this unique theme still boasts high-quality graphics and kicks the game standard up a notch. The up-tempo tone also adds to the game, giving it an invigorating crescendo.

As previously mentioned, the game has a different layout to other standard slot games. It is based across five reels, but the row setup is shaped like a diamond. This bodes well for the gameplay, but more of that a little later on.

In terms of symbols, NetEnt has kept it simple by having different coloured gems (or candies?) dropped onto the reels. Besides these gems, you can also find a variety of fruit icons, squished into oblong shapes. There are no ferocious turtles to fight in this game. Instead, your only hope at success is to land fruit symbols on a pay line to achieve a win.

Ultimately, the fruit symbols are the highest paying symbols in this game, while the different-colour gems/candies are the lowest-paying. The Star acts as a Wild in this game, to substitute for all other symbols in a bid to help to create winning combinations. It can only crop up on reels 2 to 5.

When it comes to pay-outs, the maximum possible pay-out you can get your hands on in this game is that of 480,000 coins. If you set your coin value to the max, you can walk away with a colossal £120,000, which isn’t bad at all.

The Strawberry symbol can additionally pay you 1,000 coins if you land five of a kind. All these numbers are more than enough reason for you to enjoy this game, but there are a few more tricks up this game’s sleeve.

Once you start forming winning combinations, you get rewarded with re-spins. Any winning combo can activate a re-spin, up to a maximum of five times. With each of these re-spins earned, your number of ways to win are also enhanced. To begin with, your chances to win go up to 135, followed by 405, and then, up to 675. Once you get to the fourth re-spin, you are awarded 1,125 ways to win, and finally, you finish off with a total of 1,875 ways to win on your fifth re-spin.

When I started playing this game, I was confuzzled by the letter ‘R’ that seems to be spread across the layout on symbols. These R symbols also have a part to play in this game. Every time you land a winning combo, some of these will dissipate making room for more symbols, and leaving the path open for more ways to win. Hurrah!

Oh, and it still gets better. There is also a free spins round, that is triggered once you have completed your fifth subsequent winning combo. This will see you earn a total of eight free spins, with a total of 3,125 ways to win.

If you love fruit machines but want to play a game with a modern twist, this is the game for you. Games like Twin Spin and Twin Spin Deluxe have a more contemporary look to them, but this game truly delivers in terms of entertainment.

I’m not in love with classic or fruit machines, but this game has ticked all the right boxes and changed my mind.

At face-value, this game doesn’t appear to be inviting or enticing, but once I started playing it, I got sucked in. There is a reason why software provider NetEnt keeps thriving in this day and age. This game has a simple concept, with an arcade soundtrack and 80s graphics, but once you start spinning those reels, there is more to it than meets the eyes.

The winning combinations, together with free re-spins and expanding reel grid, can provide you with up to 3,125 ways to win. Phew!

This 2013 game release evidently showcases that keeping games simple while dotting it with features can be a winning recipe. Of course, the fact that this game enjoys a massive RTP of 97% is also another reason.

Browse casinos with Reel Rush and other slots from NetEnt. Create an account and try the game for free before making a deposit.

You can play Reel Rush in English, Finnish, Swedish, German and 20 other languages. 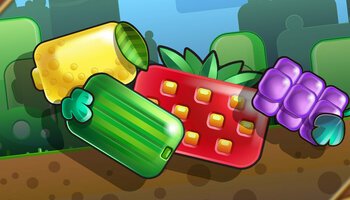