Regal Streak will bring the player on a trip as a member of the royal family, getting to enjoy the luxuries of this existence while also getting the opportunity to grow the size of your royal coffers with multipliers, paylines from both ways and free spins.

The slot was developed by Red Tiger and released in 2021, making it one of their latest slots. The game features a 5-reel, 3-row playing field that is filled with different familiar symbols. The first thing to note here is that creativity is unfortunately lacking. While the graphics are sharp and everything is easily distinguishable, there is little to no effort put into creating something memorable.

The background is a pure green field without any connotations to royalty, while the symbols are mostly either familiar fruit machine symbols or card letters. Neither has been given any kind of creative adaptation, they are simply re-drawn versions of these staples of video slots. Only the Scatter symbols are animated in any way, while wins on any of the 3 paylines will simply light up.

Meanwhile, the soundtrack offers little to help the originality along. Again, the mantra becomes passable but forgettable. It all sounds good enough not to give you a headache, but it won’t stick in your mind either. Expect a simple background tune with some electrical beats, while the tiles make their usual jingles and thumps.

Regal Streak does not bring a lot of royal symbolism to the table. Even the background shows an Irish green field instead of something purple. It’s simple details like this that could have tied the name and the slot a bit better together, but the designers seemed not to be interested in that. Instead, the symbols all feel very disconnected from each other and the theme.

With quite a large number of different symbols, a smaller playing field and only 3 paylines, the game will make it pretty hard to trigger a win. As a result, the slot has High Volatility and I felt that while playing. You will get to see some random natural wins over time, but the payouts are rather low so even that won’t make you back any of your spins most of the time.

Players have limited choices when it comes to augmenting their bets. You will be able to pick a bet between £0.10 and £10 per spin. For those people that prefer to play it safe, that’s perfectly fine, but if you want to take a bigger risk then the maximum bet still feels low. As an incentive, the game offers a maximum win of 9,500x your bet.

Even though the symbols aren’t very inventive, you’ll find the following in this game:

Regal Streak heavily borrows from other slots when it comes to its symbols, so it shouldn’t be a big surprise to see that the game also keeps its features rather standard. There is one big change to the formula that I saw, but it will only have a limited effect on the gameplay.

To begin with, a quick overview of the different features:

The most original element this game has to offer is the way it calculates wins. I might have seen this once before but it has been a long time. The game only has 3 paylines that each run horizontally alongside one of the 3 rows. Instead of counting a win when it runs from left to right, the game will count any symbol appearing 3 or more times on a payline as a win, regardless of their position on that payline.

I found this to help get wins a little easier but it still has high volatility so this would still not result in wins all that often. The game seems to really rely on the free spins mode to be activated in order for it to be at all profitable. In my experience though, the free spins mode was intensely underwhelming.

The game picks a random symbol to act as a multiplier symbol during this part of the slot. This doesn’t mean that it will count as a multiplier but rather that it will fill a bar at the top. The bar will fill up whenever the symbol is part of a win, until it hits a marker and increases the multiplier that is applied to all wins. This sounds nice but the high volatility means that it is extremely unlikely that you will get that specific symbol on a win line during the 15 or so free spins.

As a result, my experience with the free spins mode was that it was hard to activate and once it did, I likely wouldn’t get much out of it at all. I did get a sizeable win in my time playing but this was not even enough to get my funds back to the starting point as I had lost too much just trying to activate this mode.

Regal Streak is the type of slot that is hard to write about since it doesn’t really do anything special or noteworthy. It’s not inherently bad, the gameplay is fine, the graphics are sharp and the sound is passable. It is also just so bland and generic that it will likely fade from your memory as soon as you close the screen you were playing it on.

The features are limited and even though the way wins are calculated is somewhat original, it really did not help the volatility at all. The free spins mode is very hard to trigger since only scatter symbols appearing on the same row will count. Once it is activated, it uses even more randomness to award the player an increasing multiplier.

All in all, the game makes it way too hard to get a win while not really offering anything to compensate for the time spent playing. You are not going to be treated to interesting visuals, entertaining features or even any big wins.

Browse casinos with Regal Streak and other slots from Red Tiger. Create an account and try the game for free before making a deposit.

You can play Regal Streak in English, Finnish, Swedish, German and 23 other languages. 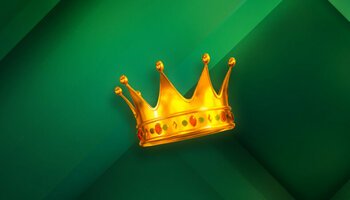