Release The Kraken shows us that not all the monsters living in the depths of the ocean have to be scary, and even the ones that are might have some fun, cartoony-looking friends! This Pragmatic Play slot features Expanding Reels, Free Spins and Walking Wilds.

This 5-reel, 4-row playing field slot with 20 paylines came out in 2020, showing off the studio’s modern graphics and ability to make the slot feel alive. It’s clearly set deep in the ocean with the background showing us a rich coral as well as a sunken galleon. The game itself is filled with mostly static symbols, some of them showing cartoon characters while the low-paying symbols are very simple looking card letters.

The slot doesn’t use too many animations but the ones that are there do look good. The game comes alive when switching between the different bonus game and when features are activated. We’ll see the Kraken loom in the darkness or we’ll have different tentacles presenting us with various options. It’s all done in such a way that the game feels like it’s at least somewhat alive.

When it comes to the music, Release the Kraken doesn’t take too many chances but still manages to surprise somewhat. The song playing in the background feels like one you could hear watching a bombastic action movie taking place on the ocean, which fits the theme well. The sound effects are not as interesting, ranging from simple jingles or bells whenever a win is triggered.

The low-paying symbols in the game are very bland, simple card letters that feel like there wasn’t any thought given to their design. They are presented with a vague pattern on them and different colours, but they do not fit the theme at all. A missed opportunity, if you ask me.

The high-paying symbols are a lot more creative in comparison, portraying different characters presented in a cartoony style. It gives a rather weird disconnect between the Kraken and these since the Kraken is drawn to be intimidating and scary while these have big eyes and cartoon smiles. I’m not sure why the designers went for this choice.

The game has quite a high number of symbols but not really the paylines to compensate for it, resulting in its High Volatility. You’ll spend a lot of spins without getting any wins before suddenly being surprised by one or several big wins in a row. In general, my funds stayed rather steady but it did dip below my starting point eventually.

Players can look forward to a max. win of 10,000x your bet, with the ability to pick a bet between £0.20 and £100 per spin. I thought the jackpot is impressive compared to other slots.

Release the Kraken has a pretty big number of features so I’ll dive right in. The features are spaced out rather well, but players can be confronted with any of them at any point.

During the base game, the Wilds are the most frequent feature to appear on the screen. They act as normal and help with creating wins reasonably often. It’s possible for the Kraken to appear randomly during the base game, holding up 3 signs and allowing the player to pick. Picking any 1 of the 3 will activate a special feature.

These features can be Expanding Reels, Walking Wilds or the Colossal Symbol. The feature is activated once and any wins are immediately awarded. I found all 3 features to be quite interesting, with especially the Walking Wilds often helping in creating bigger wins.

The Bonus Game and Free Spins mode are activated in a rather unique way. On reel 1 and 3 the Bonus symbol appears. This symbol does nothing on its own. On reel 5 you’ll get either the Bonus Chest or Free Spins symbol. If either of these appears in combination with 2 Bonus Symbols, the respective feature is activated.

It’s also possible to activate the free spins mode manually by paying 100x your bet. I kept an eye on my funds and although it’s technically possible to come out with more coins than before you bet, I don’t think it was worth it.

The features all feel unique enough to stay interesting, but there were also quite a lot of them and they frequently paused or slowed down the gameplay. People that enjoy simply spinning the reels without worrying too much about choosing features will probably get annoyed.

Release the Kraken is a nice example of a pretty average slot with a lot of features and attention to detail. I call it average since it still used the main staples of slot machines, including the standard playing field and the limited number of paylines. At the same time, a large number of features makes every game feel unique.

If you enjoy standard slot machines but like to be kept on your toes I would recommend you give this game a try. The features will take a while to get used to since there are so many, and the ability to trigger the free spins whenever you want might offer some interesting options.

Are you the type of player that prefers either a more standard or a more unique experience? Then you probably won’t find exactly what you want here!

Play Release the Kraken™ for free

Browse casinos with Release the Kraken™ and other slots from Pragmatic Play. Create an account and try the game for free before making a deposit.

You can play Release the Kraken™ in English, Finnish, Swedish, German and 19 other languages. 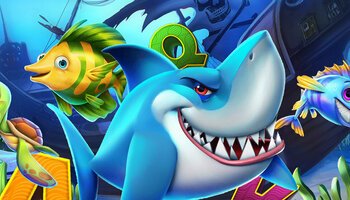